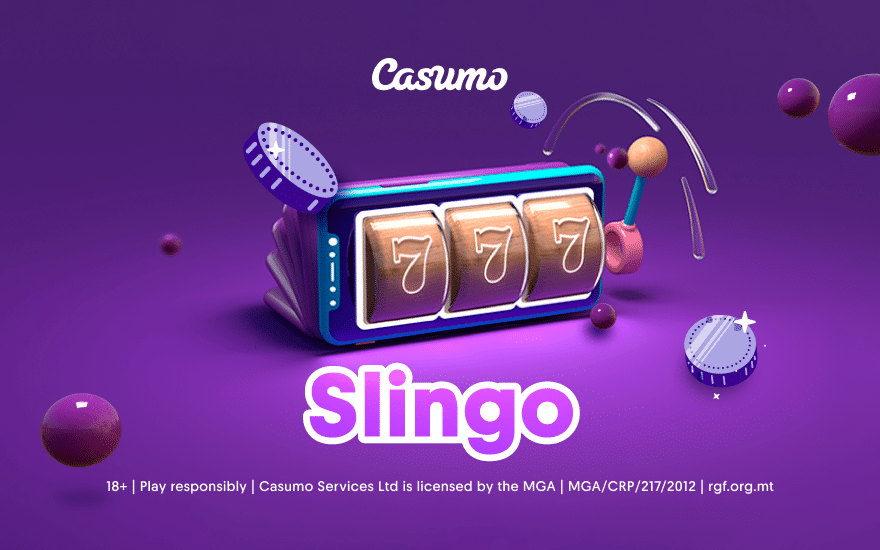 Play all the most popular Slingo games at Casumo

The Casumo Universe 63 Weeks ago

Are you ready to meet “the new kid” on the block? Slingo is a great addition to Casumo’s amazing games selection! Originally, it was an online single and multi-player game that combined elements of slots and bingo (the name Slingo is a portmanteau of the two games). It was created by a New Jersey businessman and launched on the AOL platform in 1996.

Many years later, in July 2013, RealNetworks acquired Slingo for a whopping $15.6 million, and in July 2015 they announced that it would sell Slingo to the London-based gaming company Gaming Realms. The game has been gaining popularity ever since including the various iterations of the game. These are known as ‘Slingo Originals’ and were developed by Gaming Realms’ development and publishing branch of the same name.

Read on to find out which Slingo games are most popular among our Casumo players!

The most popular Slingo games at Casumo

Right, so Slingo is essentially a game combining elements of your favourite slots and Bingo. The game is played on a 5×5 grid with the slot reels placed directly below. It’s a love child of the classic Bingo game and the typical features of an online slot, awww. Currently at Casumo, we have fourteen different Slingo games available to play from our casino Game Browser. After a quick look at our data we came to the conclusion that the following five games are the most popular among our Casumo players:

Each Slingo game works according to the same simple mechanics:

If you’re ready to try one of our Slingo games then all you need to do is log in to your Casumo account (or sign-up for a free account). Go to our casino Game Browser, type ‘Slingo’ in the search bar and select your favourite Slingo game!