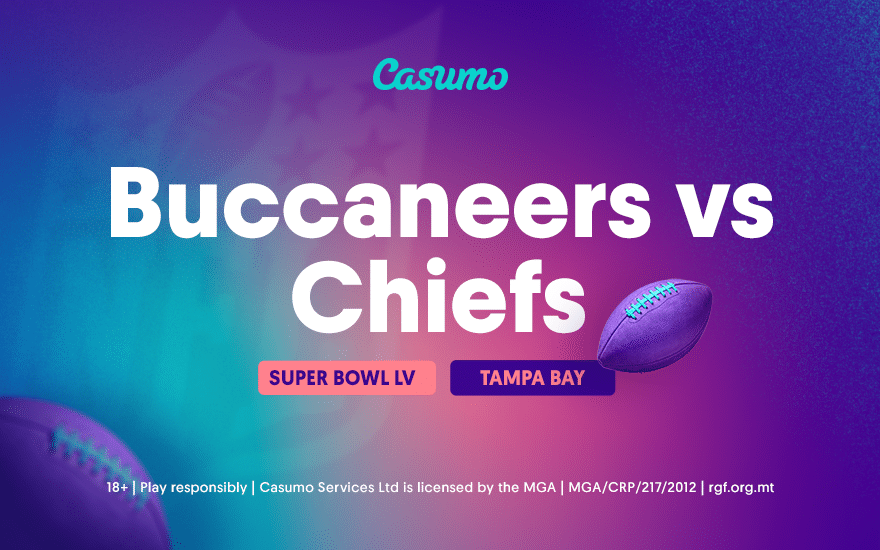 After a thrilling campaign, the NFL reaches its conclusion on Sunday night when the Tampa Bay Buccaneers host the Kansas City Chiefs in the Super Bowl. All eyes will be on the showpiece event and we will detail all the odds, injury news and key battles that could determine who lifts the Vince Lombardi Trophy. Read our Super Bowl LV preview here and check out our special odds for the Super Bowl here, which include Tom Brady to assist four or more touchdowns BOOSTED to 400.

Home comforts for the Bucs

For the first time in NFL history, a Super Bowl finalist will be staging the showpiece event. The Bucs will stage the game at the Raymond James Stadium in Tampa Bay, Florida. However, the stadium will only be at a third of its usual capacity (65,618), due to covid restrictions.

Therefore, only 22,000 fans will be in attendance. 7,500 of those will be health workers, which is a sign of gratitude for the ongoing work they have carried out during the pandemic. The Ray-Jay Stadium has hosted two Super Bowls before, but the Bucs are targeting their first success in 21 years.

While the players will be eager to etch their names into Super Bowl folklore, Sarah Thomas will rewrite the history books. Thomas has become the first woman to officiate a Super Bowl game. She has been picked as a down judge and will be part of a seven-person on-field refereeing team. Thomas is delighted that she will be officiating, declaring it a ‘true honour’.

Whenever you think of the Super Bowl, one of the first things that spring to mind is Tom Brady. The quarterback will appear in a Super Bowl final for the 10th time in his career and he is eyeing an astonishing seventh success. His career has been more than just numbers and he will want to prove he is the greatest of all time.

There are so many key battles across the pitch, but one of those will be Patrick Mahomes v Brady. These two will leave everything on the line. Let’s not forget that Mahomes became the youngest winner of the Super Bowl and MVP (Most Valued Player) last year when the Kansas City Chiefs cruised to a 31-20 victory over the San Francisco Giants.

Aside from the fireworks that will be provided by the Halftime Show where The Weeknd will headline, there will be some explosive battles on the field. Among those will be Chiefs receiver Tyreek Hill against the Bucs’ defensive back Carlton Davis. When they first came up against each other, Hill blew away the Bucs for 269 yards and ran in three touchdowns.

Davis was the defender closest to Hill on each of his touchdowns and he was in coverage with nine of Hill’s 13 catches. David won’t want to be reminded of this and you imagine he won’t be marking Hill all night, otherwise he could be in for a tough game.

Both the Chiefs and the Bucs have some injury worries going into Super Bowl LV. The Bucs’ wide receiver Antonio Brown (knee) didn’t participate in last Friday’s training session and is a doubt along with middle linebacker Lavonte David (hamstring). The Chiefs, meanwhile, could be without running back Le’Veon Bell (knee) as well as wide receiver Sammy Watkins (calf).

Bucs will go down ‘swinging’ against the Chiefs

There are so many fascinating subplots to this game and the Bucs have a tough task on their hands trying to derail the Chiefs, who are the defending champions. Under head coach Bruce Arians, the Bucs have evolved as a side, which in part has been down to the heroics of Brady.

Nevertheless, they are a side that will continue to put all their chips and fight until the last minute. When asked about his side’s winning mentality ahead of Super Bowl LV, Arians said: “That’s how you live life. Do you sit and live in a closet trying to be safe or are you going to have some fun?”