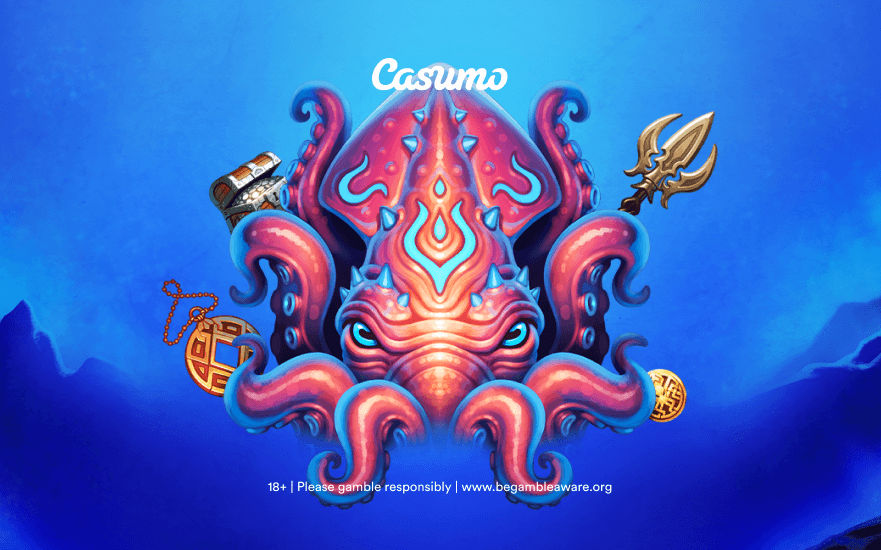 We just released the Kraken!

Holy tentacle! Beat the Beast: Kraken’s Lair has just crawled into our Game Browser where it will stay exclusively available to Casumo players for 2 whole weeks. Would you like to take this beast out for a stroll?

Beat the Beast: Kraken’s Lair from Thunderkick is a video slot with 5 reels and 9 fixed paylines full of sea creatures and sunken treasures. The game offers nice features including Expanding Wins and retriggerable Free Spins. It’s playable across all devices and has an RTP of 96.12%.

How to Beat the Beast: Kraken’s Lair 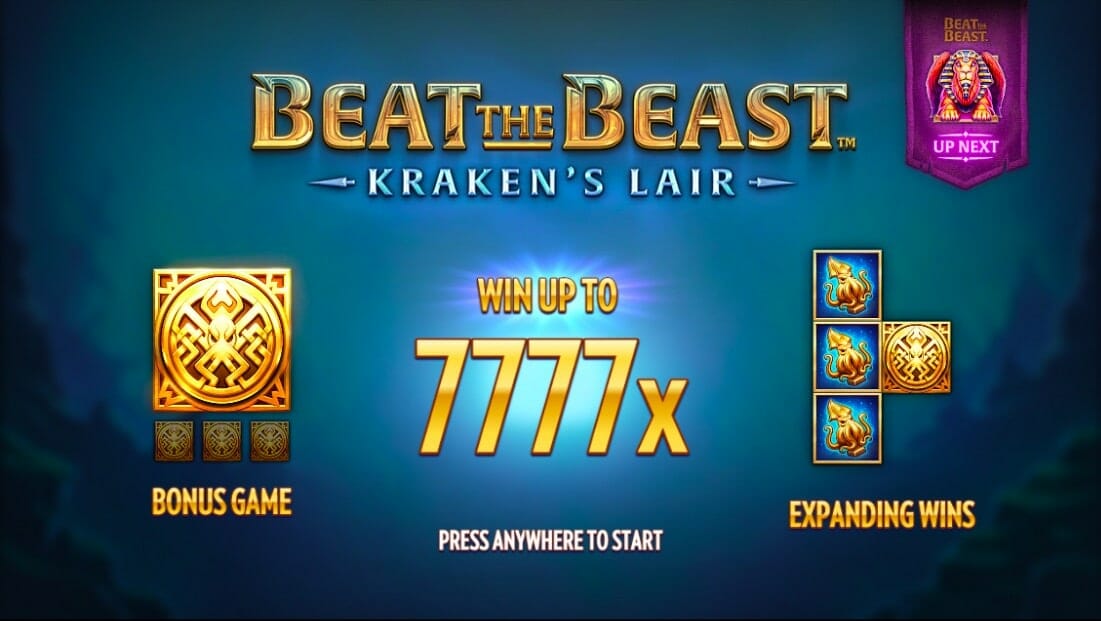 Search the depths for sunken treasures in Beat the Beast: Kraken’s Lair, a slot with 5 reels, 3 rows and 9 fixed paylines offering a maximum potential payout of 7,777 times your stake! The main actor in this game is the golden Kraken Emblem symbol, acting as both Scatter and Wild.

In the role of Scatter, 3, 4 or 5 Kraken symbols give you 2x, 20x or 200x your stake, triggering also the Bonus Game feature with 10 initial Free Spins. The same Kraken Emblem can retrigger 10 additional free rounds. At the start of every Free Spin, one Kraken Emblem symbol is placed on a random reel, increasing your chances of triggering the Expanding Win feature.

Play it before anyone else

If you’re ready to plunge into Beat the Beast: Kraken’s Lair then all you need to do is log in to your account (or sign-up for a free account here). Find the slot in our Game Browser and dive right in.