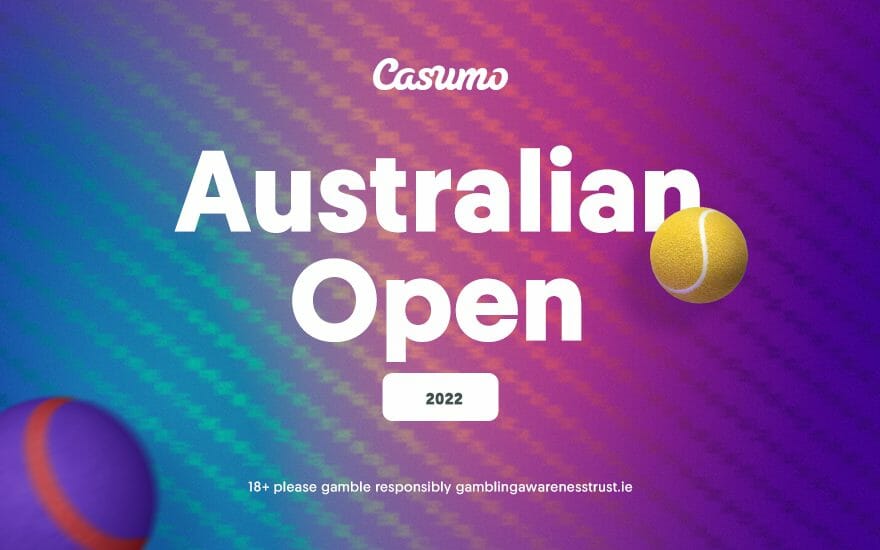 Australian Open 2022 Betting Preview — What You Should Know

If you are a tennis fan, you will undoubtedly have been looking forward to the annual Australian Open tournament. This year’s tournament will commence on Monday, 17th January 2022 and end on Sunday the 30th. It will be the 130th edition of the tournament and 54th of the Open Era. Djokovic will be expected back in Melbourne to attempt to defend the title in the Men’s Singles, and Naomi Osaka will be hoping to do the same for the Women’s Singles. Find out what to expect in this Australian Open 2022.

With over 100 athletes in the main draw entry list, the Men’s Singles already looks set to entertain tennis fans and bettors worldwide. Daniil Medvedev, the US Open 2021 winner, will be looking to compete with the likes of Djokovic and Nadal for the Australian Open title. The 25-year-old athlete took second place in last year’s edition after losing 7-5, 6-2, 6-2 to Djokovic. Medvedev has a career court win of 159 out of 215 and looks to be one of the favourites to win the Men’s Singles in this tournament.

Djokovic will surely want to defend his title despite the current visa drama. He was denied entry to Australia but is currently appealing the situation. We hope they sort it out, and he features in the Australian Open 2022. Djokovic is the current champion of this tournament and has won it seven times in the last 10 editions. He is also the number one on World Ranking with an 86% record for hard court career wins (519/604). No doubt, the athlete is the favourite to win the tournament.

The Competition is Brewing without Federer

Apart from Medvedev and Djokovic, several other players show promise of competing for the title. Alexander Zverev, Stefanos Tsitsipas and Andrey Rublev will surely give their all in this tournament. Zverev has three titles to his name, with a career hard court winning rate of 163/246. He was eliminated in the Quarter Finals of the last Australian Open by Djokovic, despite winning the first set of the game. Tsitsipas, by contrast, eliminated Nadal in the Quarter Finals last year but could not make it to the final after being defeated by Medvedev in straight sets in the semis.

Despite being one of the all-time best tennis players, Federer will miss the Australian Open 2022. He is still recovering from knee surgery but hopes to return in time for Wimbledon later this year.

While the Men’s Singles of the Australian Open is the main focus of many tennis fans, the Women’s Singles also promises spills and thrills. Last year, Naomi Osaka had a great performance. She won in straight sets against Serena Williams in the competition’s semi-finals and defeated Jennifer Brady 6-4, 6-3 in the final. She will be back to defend her title and maybe be the first woman to win the Australian Open back to back since 2014.

Top seed Barty and others could set Tournament alight

Injury and coronavirus crises have greatly upset the calibre of players to expect in this year’s edition of the Australian Open. With Serena Williams, Jennifer Brady and several other top female tennis players missing the tournament due to injury, fans might worry if the Women’s Singles will be an interesting competition. However, it’s showing all the right signs. Ashleigh Barty, who was eliminated in the Quarter Finals last year, will be back to give it a go again. She boasted an 81% win rate for hard court games in 2021. Having won 22 games out of 27, she looks to be one of the favourites to win the Australian Open this year.

Second seed Aryna Sabalenka will also be hoping to perform better this time around. She was eliminated in the fourth round last year. The athlete has not had the best performance in the Australian Open, but was a semi-finalist at Wimbledon 2021. Sabalenka surely has what it takes to compete in this tournament.

Iga Swiatek will also join them for the tournament. She is currently playing the Adelaide International tournament in South Australia and will be looking forward to putting in a great performance in Melbourne. Last year, Swiatek was eliminated from the Australian Open in the fourth round. She was defeated by Simona Halep 6-3, 1-6, 4-6. Halep is another player to watch out for. According to some sources, she has been training with Barty for a while now. Besides that, the athlete has added former coach Adrian Marcu to her current team in preparation for this tournament.

We’ve provided a brief betting preview of the Australian Open 2022, and it shows the promise of being a spectacular tournament. You can bet on the competition at Casumo and enjoy the best odds and markets.