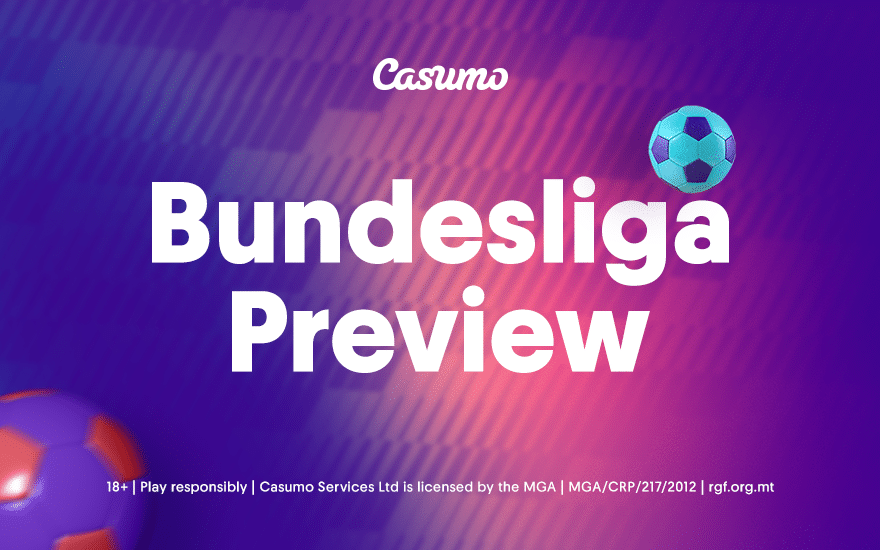 It will be all change this season in the Bundesliga, with Julian Nagelsmann taking charge of Bayern Munich, while there have been a flurry of outgoings at Borussia Dortmund. In this preview, we will look ahead to the opening round of fixtures, and address two games — Borussia Monchengladbach v Bayern Munich, and Borussia Dortmund v Eintracht Frankfurt.

Nagelsmann has the rather unenviable task of trying to fill Hansi Flick’s shoes. Before taking charge of the German national team, Flick enjoyed unparalleled success at Bayern. He lost just seven of his 86 games in charge of the Bundesliga giants, and he won seven trophies, including the Champions League.

However, despite his youthful appearance, Nagelsmann has been a steady hand in the Bundesliga. He guided Leipzig to a Champions League semi-final berth, as well as a second-place finish last term, and with the calibre of players at his disposal, there is no excuse for failure. And Nagelsmann will have some lofty goals, including extending Bayern’s vice-like grip on the title.

How do you stop Robert Lewandowski?

Robert Lewandowski was indispensable to Bayern last season, and he ripped teams to shreds. Last term, he eclipsed Gerd Muller’s 49-year record by plundering 41 goals in only 29 appearances. That will be the daunting task facing Monchengladbach, as they seek to disrupt one of the most prolific strikers in Europe.

Monchengladbach are facing a worrying few weeks as they seek to hold onto Denis Zakaria. The 24-year-old holding midfielder is entering the final year of his contract with Monchengladbach, but Manchester City and Arsenal have both been snooping around. Similarly, Matthias Ginter will also be a free agent next summer, and Monchengladbach will be desperate to tie him down to a new deal.

Ten in a row for Bayern Munich?

Bayern have lifted the title nine years on the trot, and they have been simply unstoppable. Although Bayern have had to replace treble-winners David Alaba, Jerome Boateng, and Javi Martinez, Bayern have one of the most potent attacks. It is therefore hard to see Monchengladbach getting anything out of this game.

Borussia Dortmund have to bridge the gap

For the past nine years, Dortmund have been trailing in Bayern’s shadows. Last term, they finished 14 points adrift of Bayern. Although they sell their best players each season, they have an uncanny knack of finding a replacement that is just as good, if not better. Of course, losing Jadon Sancho to Manchester United was a blow.

Nevertheless, despite ongoing speculation surrounding Erling Haaland, he looks to be staying put, and he scored goals for fun last term. Indeed, he struck 41 times in all competitions for Dortmund last season. And he has started this campaign in ominous fashion, by hitting a hat-trick in a 3-0 victory over Wehen Wiesbaden in the German Cup.

Frankfurt, however, will be no pushover. Although they were leaky at the back, as they conceded 53 goals last term, Frankfurt finished fifth. Dortmund can’t take anything for granted, and if they don’t come out of the traps quickly, they could be in for a frustrating evening.

The head-to-head record is usually a good indicator of how things may pan out. And Dortmund have held the upper hand in this storied fixture. The two sides have met on 96 occasions in the Bundesliga, with Dortmund chalking up 45 wins to Frankfurt’s 31 victories. However, in their last meeting in April, Frankfurt claimed a 2-1 win away to Dortmund.

On that day, Frankfurt went ahead in the 11th minute before Mats Hummels pegged Frankfurt back. However, a late strike by Andre Silva secured all three points for Frankfurt. And if they could repeat the feat on Saturday, it would be an incredible way to begin the new campaign.