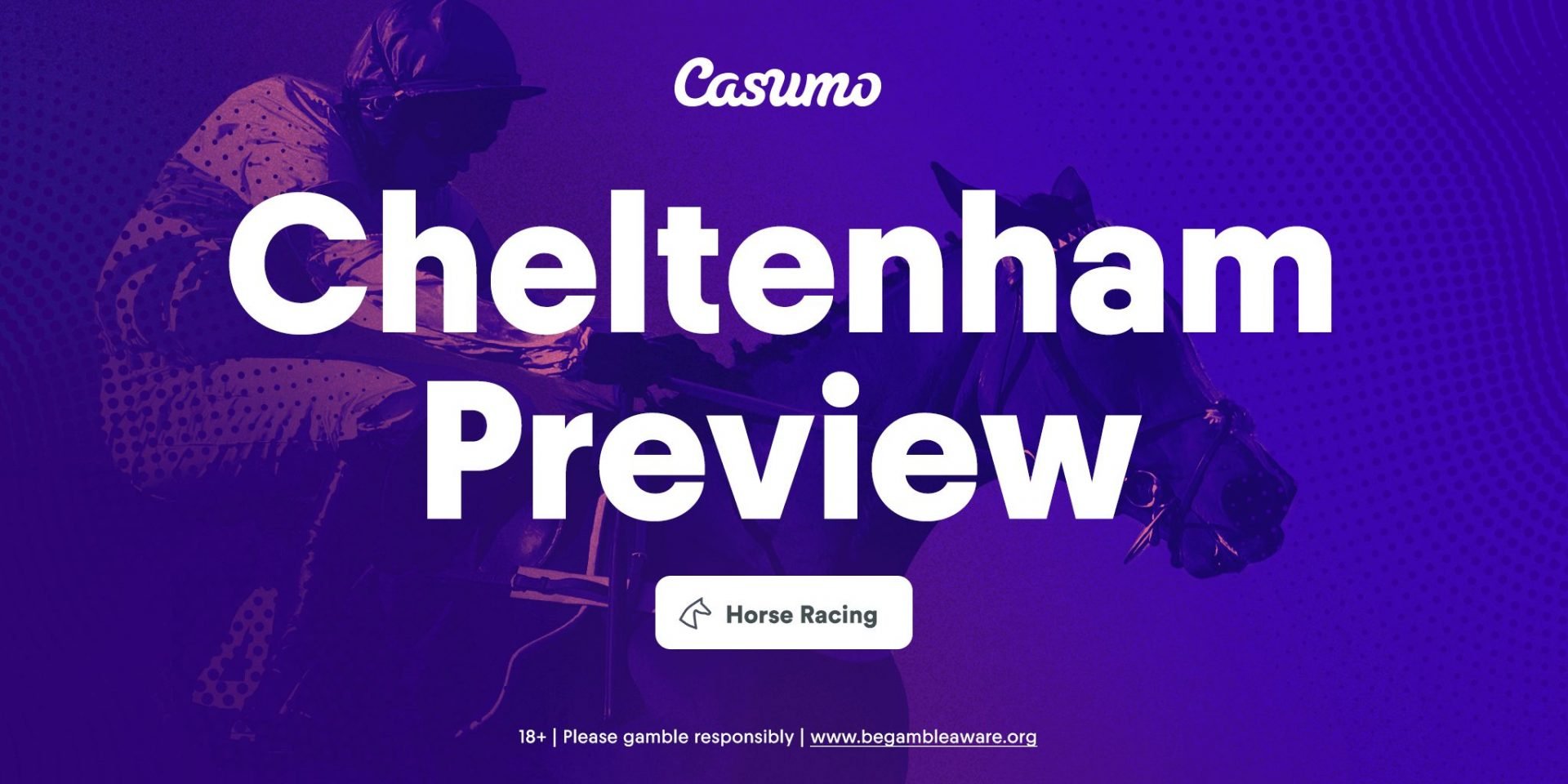 The New Year starts with a bang for horse racing fans as the ITV horse racing cameras head to Cheltenham for their annual January 1st Fixture – which is their penultimate meeting before the tapes go up for the Cheltenham Festival in March.

We’ve FOUR LIVE races on ITV, that include the Dipper Novices’ Chase (1:25) and the Grade Two Dornan Engineering Relkeel Hurdle (3:10) – a race that’s seen 11 of the last 17 winners return 11/2 or shorter in the betting.

To help narrow down the fields and hopefully find the winners – here at CASUMO we give you all the key betting trends and stats ahead of the LIVE ITV races this Saturday 1st January 2022.

CASUMO KEY TREND: 14 of the last 18 winners aged between 6-8 years-old

CASUMO VERDICT: It’s been hard to not be impressed with the Alan King-trained THE GLANCING QUEEN in winning her opening two starts over fences. Those successes came at Bangor and Warwick – she jumped really well and having been stepped up in trip last time (2m4f) looked even better. The King yard also won this race 12 months ago and in 2018, which is another positive, while she’s also a course winner at the track (NH Flat). This will, however, be her stiffest test to date over fences and is taking on several other in-form rivals – including L’Homme Presse, who has also impressed in winning his last two at Exeter and Ascot. This Venetia Williams runner is up another 12lbs here though from his last run and is 20lbs higher than when winning at Exeter in December so has more on his plate. Come On Teddy is another to note after winning well at Uttoxeter last time and the second – Fern Hill – ran well at Newbury last midweek. The other that’s worth an interest though is the Alex Hales runner – MILLERS BANK – who was 3 ½ lengths up when unseating his jockey in a good race at Newbury last time. Yes, he’ll need to brush up his jumping but was impressive on his fencing debut at Huntingdon at the end of October and has been given a month off to get over that last run. Of the rest, Fantastikas, Gladiateur Allen and Oscar Elite are others to respect, while with the Henderson yard having won this race twice in the last eight years, their Gallyhill has to be respected despite falling when looking beaten last time at Exeter.

CASUMO VERDICT: ALL of the last 18 winners had run over fences at Cheltenham before

CASUMO VERDICT: Plenty of familiar faces on show here, including the recent Racing Post Gold Cup winner here – Coole Cody. This 11 year-old is having a cracking time of it during his later years and despite being up another 4lbs here for that win, loves it here at the track and has to be considered again. Zanza was 2 lengths behind him that day and is 2lbs better off this time so there shouldn’t be a lot between them again. The Dan Skelton yard won this race 12 months ago and have another fair chance this year with Alnadam, who will be better for a recent fourth at Haydock behind the classy Bravemansgame. Paul Nicholls has Magic Saint, who was 7th in this race last year, plus former Festival winner – Simply The Betts – who was also a fine 6th in the Paddy Power Gold Cup here in November. He didn’t stay the 3m1f trip last time in soft ground, so back in trip and at a track he likes has to be considered despite having a lot of weight (11-10). Others with big weights are Janika (11-10) and the topweight is the Venetia Williams runner – Funambule Sivola – who returned last month to be a fine second in the Peterborough Chase at Huntingdon. The yard won this in 2019 with Aso and he also carried a big weight (11-12). However, I’m happy to side with two horses with a lot less to carry – VIENNA COURT (e/w) and GALAHAD QUEST (e/w). The former comes from the Nigel Twiston-Davies yard that have won this prize three times since 2014. This 6 year-old was an easy 11 length winner here last time out and despite being raised 12lbs for that carried 11-12 that day and gets into this better race with just 10-6 to shoulder. Galahad Quest fell last time at Aintree when sent off joint-favourite, but prior to that was a decent fifth in the Paddy Power Gold Cup here. He’s a pound lower this time and with only 10-5 to carry this former course winner could be dangerous off this featherweight.

CASUMO VERDICT: 14 of the last 17 winners aged between 5-7 years-old

CASUMO VERDICT: The Gary Moore yard continue to be in good order, and it was great to see their BOTOX HAS (e/w) return to form last time here when stepping up to this 3m trip. He only found the in-form Kansas City Chief, who also runs here, too good that day, but clearly stayed the longer trip and having won twice here over hurdles we know he likes the track. He’s up 3lbs for that run, but looks the sort to have more to come over this trip and still doesn’t look too badly treated having been rated in the 140’s not so long ago. Dolphin Square won at Newbury last time out and has now finished in the top two in 9 of his 12 starts over hurdles. But is up another 5lbs here at did seem to have a tough race that last day. Ask Dillon, The Mighty Don, the already mentioned Kansas City Chief and ART APPROVAL (e/w) are other proven course winners in the field to respect and it’s the last-named of that bunch that is interesting too. This Fergal O’Brien runner won here in November but has been put away since to likely protect his mark. He’s up 8lbs for that win, but still gets in here with just 10-9 to carry and has now won three of his last four starts over hurdles. The ground will be softer here too, but he’s won on heavy in the past, while the longer trip (first time up to 3m) cold easily bring out more improvement. Of the others, Whatsupwithyou, Tamar Bridge, who represents last year’s winning yard (Olly Murphy), Stoney Mountain and recent Sandown scorer – Pileon – are others to note in the betting.

Note: The 2021 running was staged at Kempton

CASUMO VERDICT: 15 of the last 17 winners had raced in the last 6 weeks

CASUMO VERDICT: The Paul Nicholls-trained McFabulous will be trying to follow in the hoofprints of Oscar Whisky, who was the last horse to win this race in back-to-back seasons (2011-12). But he’s rather lost his way of late and heads here now having had a wind op over the summer and off a 268-day break. If back on song would be dangerous, but I’d prefer to see that on the track first. Mares Stormy Ireland and Indefatigable get a handy 5lbs and 7lbs from the others so that will help and on their best form are certainly not out of this. Guard Your Dreams is a big player too – having won 5 of his 10 starts over hurdles – including last time out here in the International Hurdle. He’s versatile in terms of trip so the step up here to 2m4 1/2f is fine and handles softer ground as well – the Twiston-Davies yard won this in 2018. Dans Le Vent won over 3m last time at Haydock so we can expect connections to make full use of his stamina here and can go well, but regular jockey – Isabel Williams – can’t claim 5lbs this time in this Grade Two. That leaves BREWIN’UPASTORM and ON THE BLIND SIDE (e/w). The former will be a popular pick here having won well at Aintree on his return in November. That was his first run since a wind op and having travelled well through the race could not have been more impressive in winning by 9 lengths at the line – if in that form again here will be hard to beat. On The Blind Side is now a 10 year-old and back into a Grade Two and back in trip can run better than last time too. He got tired in the Long Walk Hurdle at Ascot a few weeks ago over 3m, but prior to that ran a decent second in the Long Distance Hurdle at Newbury. The softer ground over this shorter trip will suit and the Henderson yard are no strangers to winning this prize – having taken it in 2011 and 2012.