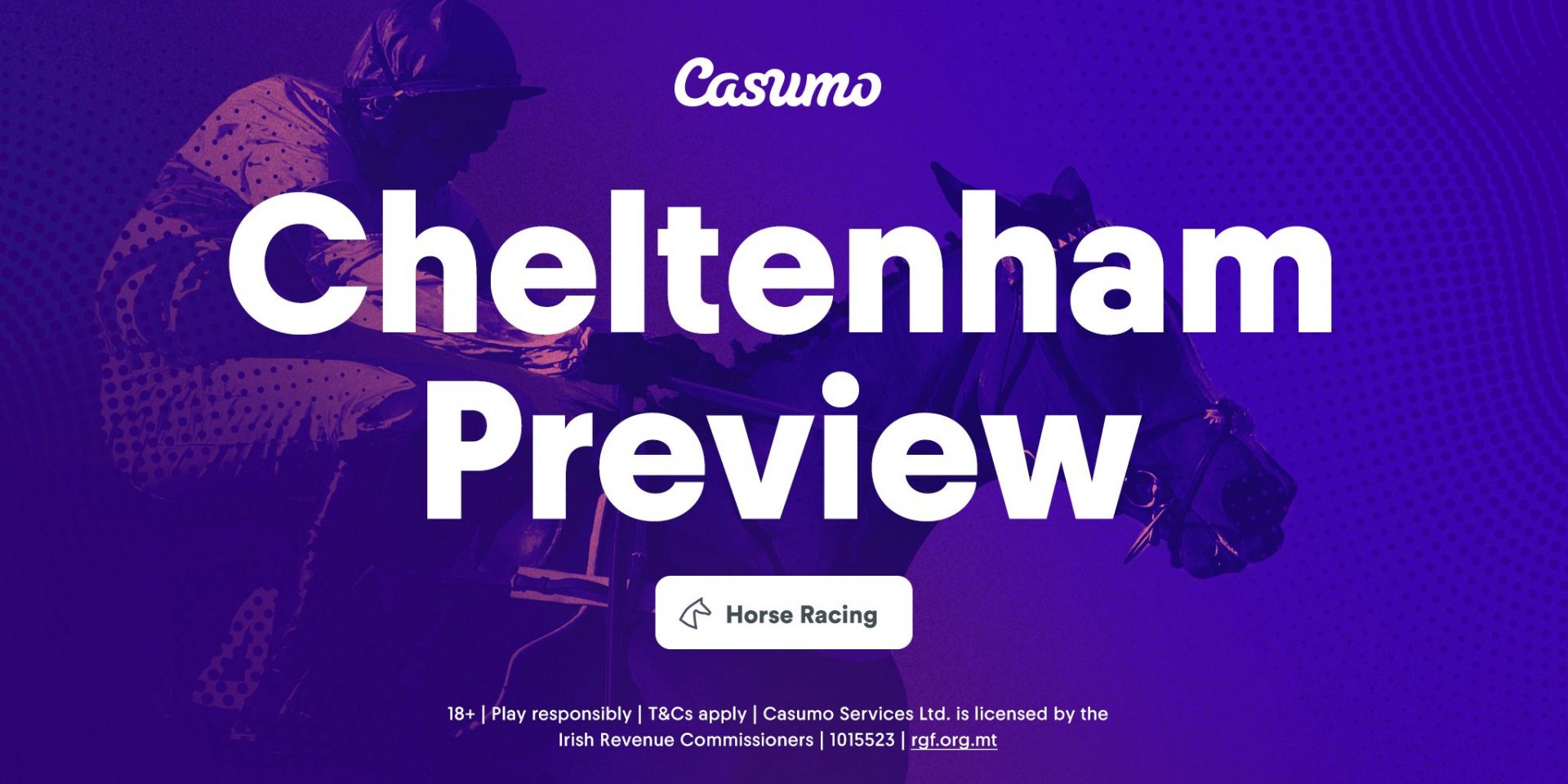 More high-class National Hunt horse racing action for punters to bet on this Friday as the ITV horse racing cameras to Cheltenham racecourse to take in the opening day of their two-day December Meeting (The International).

ITV racing are showing FOUR races LIVE, that include the popular Glenfarclas Crystal Cup Cross Country Handicap Chase (3.00) – a race that 13 of the last 17 winners returned 7/1 or shorter in the betting.

As always, to help narrow down the fields and hopefully find the winners – here at CASUMO we give you all the key betting trends and stats ahead of the FOUR LIVE ITV races.

CASUMO KEY TREND: ALL of the last 5 winners ran in the last 6 weeks

CASUMO VERDICT: The Henry Daly-trained Precious Eleanor and the Colin Tizzard runner – Rose Of Arcadia – are both interesting runners here that should make their presence felt. Timeless Beauty is another to consider after a nice win at Lingfield last time out, but she’s up 6lbs for that and this looks a much better race. The Tim Vaughan camp won this pot 12 months ago with a big-priced runner, so their Oriental Cross will be looking to add to that off bottom weight. But the call here is for the Venetia Williams runner – FONTAINE COLLONGES to continue her upward curve. This 6 year-old actually beat the already-mentioned Precious Eleanor last time at Warwick (2 ¾ lengths) and despite being hiked up 7lbs for that can uphold that form. Vienna Court, Pretty Little Liar and Jubilympics have e/w claims, but the other at a bigger price I like is the David Bridgewater runner – DAME DU SOIR. The yard is actually 2-from-2 here with their chasers and this 8 year-old returned to the track last month with a solid third at Fontwell. She’s down 2lbs for that but should also be more at home on this softer ground.

CASUMO VERDICT: Commodore was 3 lengths down when unseating Charlie Deutsch at the last in this race 12 months ago – he’s back for more today off a 3lb lower mark and has also had a wind op since – he can go well. But another runner that went well in this contest last year was POTTERS LEGEND (e/w), who was runner-up – beaten just a length. This Lucy Wadham runner is rated 2lbs lower and gets in with just 10st to carry here and even though he’s not getting any younger at 11, returned last month at Warwick (5th of 11) with a nice run to suggest he’s still got a fair bit of ability and does seem to like it here at Prestbury Park. The Paul Nicholls runner – Enrilo – will be the likely favourite and was going okay when falling in the Ladbrokes Trophy Chase at Newbury last time out. He is off the same mark here and prior to that tumble has won tice from 6 runs over fences. The worry would be that this is his first run here at Cheltenham and coming to the track off a fall isn’t ideal – he’s also not much value. Hurricane Harvey is another for the shortlist after a good third in the Badger Beer Handicap last time out, but the winner of that race – ROCCO (e/w) – is the other pick. Yes, he’s up 5lbs for that, but was staying on well to win by 2 ¼ lengths so may well be up to defying the rise. His yard – Nigel Twiston-Davies – have also won 2 of the last 3 runnings of this race, while the softer ground is fine, and he’s run well at the track in the past despite never winning here. Fagan and the Irish raider Mister Fogpatches are others to note, while all eyes will also be on the former Henderson runner – Santini, who won the 2020 Cotwold Chase here, and is now in the care of Polly Gundry. This former Gold Cup runner-up would have a big chance on his old form, but has rather lost his way in recent runs, so it remains to be seen if a change of yards can spark him back to life.

CASUMO KEY TREND: 16 of the last 17 winners had raced in the last 4 weeks

CASUMO VERDICT: Love it or hate it – these Cheltenham Cross Country races are always decent spectacles and with 16 runners for this year’s renewal we are in for a competitive affair. Having previous experience of this course is an obvious plus, while running in similar races in Ireland has also helped. With the later in mind, the Enda Bolger-trained MIDNIGHT MAESTRO is the main pick here. Yes, this will be his first run here at Cheltenham, but he was last seen running a decent second over the bank course at Punchestown so is proven over similar fences. He ran last time with 12-2 on his back too, but in this handicap gets in with just 10-5 to carry, as the 161-rated Balko Des Flos is in the race and keeping the weights down for most of the others. Midnight Maestro’s trained – Enda Bolger – also has a great record in the race – winning it 7 times in the last 17 years, with the most recent being in 2016. Back On The Lash won this race at the November Meeting and is sure to go well again too – he’s up 3lbs for that, while the third – Diesel D’Allier – who is another proven CD winner here – can go well too. However, it’s the fourth in that race – PLAN OF ATTACK (e/w) – that is the other to have in your corner. He was staying on well that day to be fourth – beaten just 2 lengths – and gets in here off the same mark. That was his first try over these fences so that experience is a plus, while it was also his first run back for almost 4 months. Of the rest, the already mentioned Balko Des Flos has to be considered having run 5th here last month, but with 11-12 does have a lot of weight. Singing Banjo is another to look for in the betting, while the home challenge is spearheaded by Potters Corner and Talkischeap from the Martin Keighley and Christian Williams yards.

CASUMO KEY TREND: 14 of the last 18 winners were aged 7 or younger

CASUMO VERDICT: The Philip Hobbs-trained SPORTING JOHN is a horse with clear ability, but also one that’s had his issues in recent seasons. He’s not quite progressed as many thought he would – however, only back in February was beating the classy Shan Blue in the Scilly Isles Novices’ Chase at Sandown. He lost his way after that, but the good news for his fans is that after a wind op in the summer this 6 year-old returned to win over hurdles here at Cheltenham last month. He’s up 5lbs for that win but did it well to suggest he’s worth sticking with. Yes, he’s threatened in the past to progress to the next level and failed, so there is a risk attached, but there is also every chance the summer wind op has worked and in a race that a lot of the others have questions to answer, then I’m happy to stick with him. The horse he beat into second that day – Onagatheringstorm – is actually back for more too. He’s 4lbs better off for around 2 ½ lengths so can’t be ruled out, but you felt Sporting John had a bit more to come that day. CD winner, Agrapart, would be of interest of the ground turned heavy, while Ask Dillon and Kansas City Chief are other past course winners that enter the picture. However, of the rest, a chance is taken on the Gary Moore runner – BOTOX HAS (e/w) – as it’s interesting they are upping him in trip to 3m. This will be the furthest he’s gone to date but stayed on well last time out here (8th) over 2m to suggest it’s worth a go. He sports the first-time cheekpieces, which will hopefully help him settle to get the trip, plus he’s also won twice at the track. While being back down to a mark of 136 means his rating is starting to look a lot more attractive.