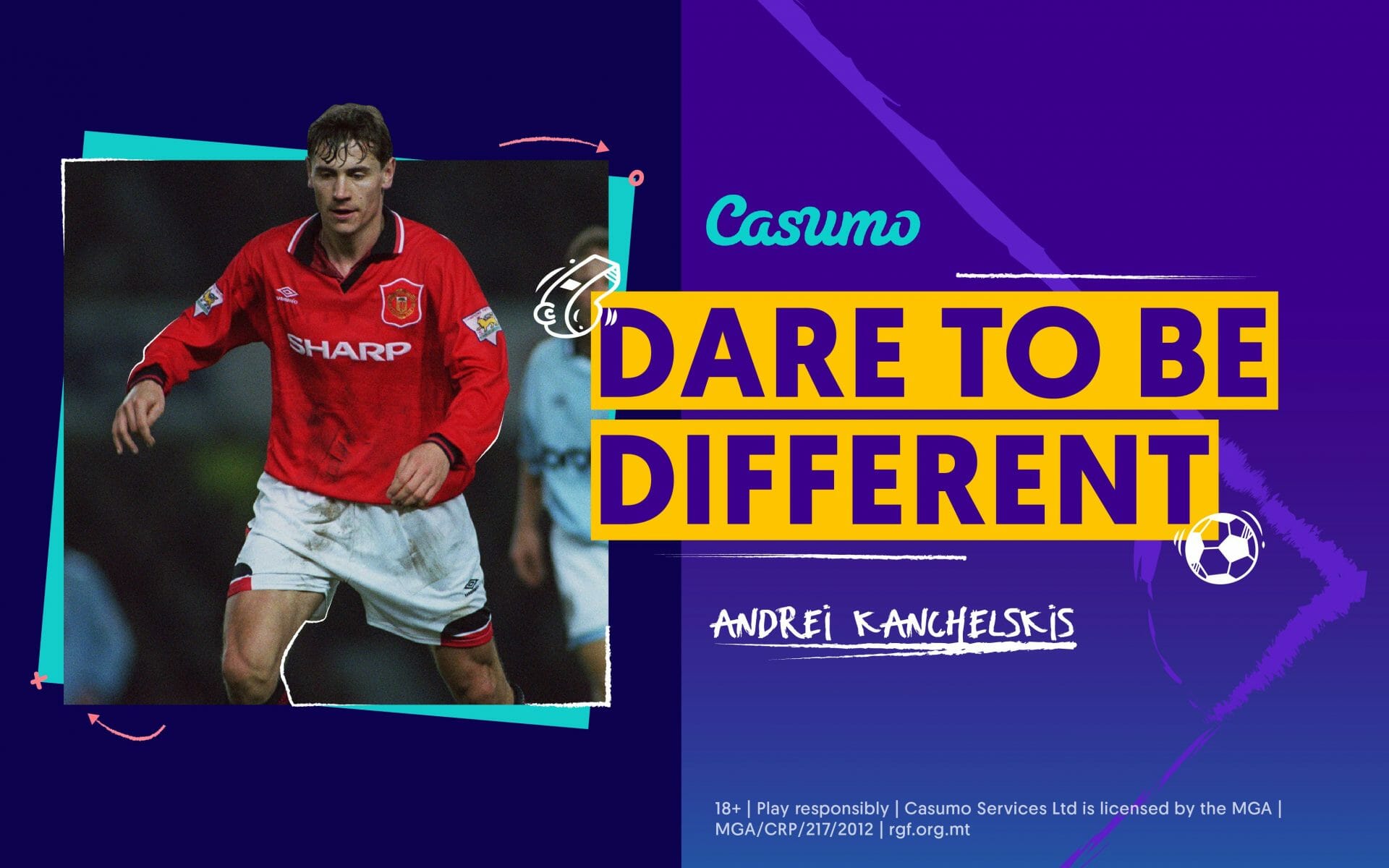 Dare to Be Different with Andrei Kanchelskis: Current Affairs

As part of our Dare to Be Different series, we caught up with Manchester United cult hero Andrei Kanchelskis who discussed his life in the Premier League and Ole Gunnar Solskjaer.

United have picked up just two wins from their last six under Solskjaer, including going three league matches without a victory, but Kanchelskis feels the Norwegian is capable of bringing success to the club – if fans are patient.

“There are a few problems for (Ole Gunnar) Solskjaer,” Kanchelskis said. “United have a lot of attacking players but are a less balanced team. Is he unsure who should make his first XI as he’s trying to fit in all the big names and keep them happy? United also defensively have problems, especially against Leicester last week, where they conceded four goals. If you play for a team like United you just can’t concede that many, there needs to be more concentration at the back.

“United are struggling a bit now but this is football. This is a difficult time at the moment, but the fans need to wait a little longer for success. If you see the story of Sir Alex Ferguson, he went a number of years with no trophies before winning. Fans need to wait, Solskjaer needs time.

“If you change manager every few seasons, it’s not great for the team. It didn’t work for Louis van Gaal, Jose Mourinho…The fans need to wait for Solskjaer and help him. He needs longer and to be trusted. Solskjaer isn’t the most experienced coach, but he played for United and understands what happens in the Old Trafford dressing room.”

Kanchelskis added: “But I think United can still win the league this season. The fans have been waiting for so long and I believe it’s still possible. Finishing in the top four is still a big priority, to be playing in the Champions League, but fans want to be seeing the team win titles. Second, third or fourth position isn’t the same.”

While Kanchelskis feels United can still win the league under Solskjaer this season, it’s the arrival of Ronaldo that has taken the club to another level.

“I’m delighted (Cristiano) Ronaldo moved back to United,” he said. “It was a great move for the club, everybody involved is happy. He will help Manchester United and he will help them win titles – the Premier League. For too many years United haven’t won the title, so I’m delighted he’s back to help them. For this reason, he should always be starting games for United.”

Up next for United is a home clash against Liverpool in the Premier League on Sunday and Kanchelskis, who played for the Red Devils between 1991 and 1995, feels his former side should have enough to outdo their rivals.

“It’s going to be an exciting game and I think United will win,” he said. “Firstly, the home advantage at Old Trafford will help and so will that second-half performance against Atalanta. It’ll be great motivation for playing against Liverpool, which is always a passionate fixture. Maybe psychologically, Liverpool are a little better as they’ve played well in recent games, while United have dropped points against the likes of Leicester, but I still think United will get the win. I hope they can carry that second-half performance against Atalanta into the Premier League and against Liverpool.”

Kanchelskis also said that fellow winger Jadon Sancho can go on to prove his worth at United, despite a slow start to life at the club since joining from Borussia Dortmund in the summer.

“I think Jadon Sancho will be a success at the club,” Kanchelskis said. “He needs some time as he’s moved from another country. Fans need to be patient as he’s a very good player that will do well at United and I think he can help them win titles. He just needs time to adapt, like I did when I moved to the Premier League. Give him time and he’ll be a great player for United.”

Following Liverpool’s mauling of Manchester United at Old Trafford, where do you think United will finish this season? Head this way to find our Premier League odds.