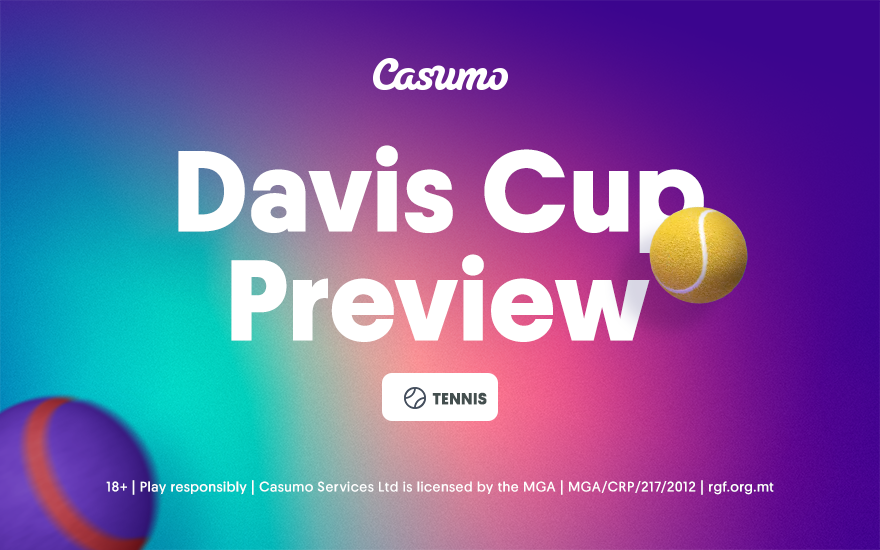 After a long and gruelling season, the world’s top players will have to make one final push before they can put their feet up. The Davis Cup is tennis’ most prestigious group competition, and it all gets underway this week. But which country will come out on top? Check out our thoughts below.

How well will Team GB do?

Team GB is in the ascendancy. With two players in the top 25 of the men’s rankings in Cameron Norrie and Dans Evans, Team GB can never be ruled out. They last held aloft the Davis Cup six years ago, thanks in part to Andy Murray’s heroics. But Norrie has been terrific this season, and he clinched his first Masters 1000 title at Indian Wells.

What was more impressive, was that Norrie was a standby for the ATP World Tour Finals. He stepped in for Stefanos Tsitsipas, who pulled out with an injury, and although he was sent packing after a chastening defeat by Novak Djokovic, Norrie will have learned a lot about himself. For now, he is the new poster boy of British tennis.

Team GB should have few problems in the group stages

Team GB are aiming for an 11th Davis Cup title, and naturally, there will be some difficult hurdles to negotiate. And they should have few problems in the group stage as they take on France first on Saturday, and then the Czech Republic the day later. Although France are seeded third for the tournament, this is far from their strongest team.

Can Adrian Mannarino and Richard Gasquet deliver the goods for the French?

As mentioned, France are seeded third, but they will be without Gael Monfils, Ugo Humber, and Benoit Paire. The pressure will therefore fall on the shoulders of Adrian Mannarino, Richard Gasquet, and Hugo Gaston in the singles. But they have some pedigree in the doubles, as they boast Nicolas Mahut and Pierre-Hugues Herbert, who are in the top 10 doubles rankings.

While perhaps Mannarino and Gasquet are more widely known in French tennis circles, that shouldn’t detract from what Gaston has managed to achieve. He reached the Paris Masters quarter-finals earlier this month, and he gave world No.2 Daniil Medvedev a good run for his money. France captain Sebastien Grosjean was certainly impressed, and Gaston could be a secret weapon.

Novak Djokovic could cap off incredible year with Serbia

Novak Djokovic was peerless during the 2021 season. He had a win record of 51-7, and he collected five titles, including three Grand Slam titles. The Serbian has produced levels of tennis that few have managed to match, and he finished the campaign as world No.1 for a record seventh time.

It has been a season of milestones, and with 20 Grand Slam titles to his name, he is on the cusp of overtaking Rafael Nadal and Roger Federer. Djokovic is one of the best defenders in the game, and having lifted the ATP Cup with Serbia last year, a second Davis Cup title will go nicely on his mantelpiece.

While all eyes will be on Djokovic, Serbia are not just a one-man band. They also have Dusan Lajovic and Filip Krajinovic, who will both be handy, and although there are no double specialists, that shouldn’t be too much of an issue. Serbia should cruise through to the quarter-finals, and they will be ones to watch.

What can we expect of Germany?

There are plenty of players that have opted not to play in the Davis Cup this year. One of them is Alexander Zverev, who claimed the ATP World Tour Finals title last weekend with victory over Medvedev. In doing so, he became the first German since Boris Becker in 1993 to finish in the top three of the world rankings.

Zverev has enjoyed a fabulous campaign, and his mental fortitude is outstanding. He will be missed by Germany, who could find it hard going against Serbia, especially with Djokovic on the other side of the net. You fear Germany could be sent tumbling out of the Davis Cup in the group stages.