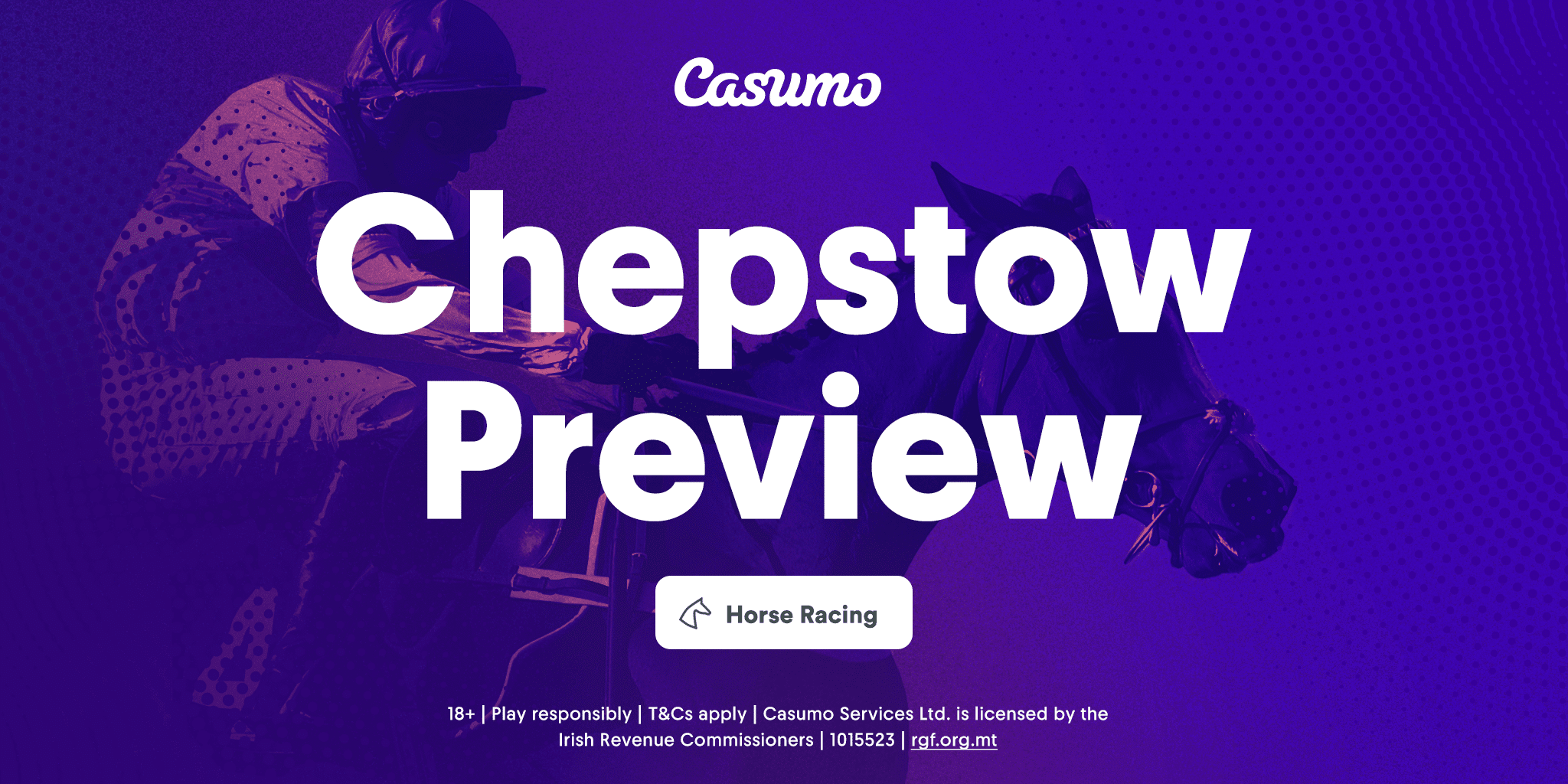 Another Casumo-sponsored afternoon this Monday as the SKY cameras head to CHEPSTOW for a 6-race flat card.

CASUMO KEY STAT: Trainer Ralph Beckett has a 36% record with his 3 year-olds at the track

CASUMO VERDICT: The consistent Glamorous Breeze, who is a proven course and distance winner, can make a bold bid – she’s been in the first two in her last four starts and was a good winner here two runs back. But is also up 7lbs from that success so has more on her plate. The Rod Millman yard are just 0-from-24 here at the track with their 3 year-olds, so their Toptime is overlooked. Kath’s Toyboy did it well to win by 2 lengths at Brighton at the start of the month and is only 4lbs higher here, therefore, has to be considered. But the call is for the hat-trick seeking BLUE MOONRISE to continue her winning form. Jockey Gina Mangan, who won on the horse last time, has a cracking 50% record with his 3 year-olds at the course and is good value for her 7lb claim. This David Evans runner is up another 6lbs from last time but is in the form of her life and her win last time was better than it looked after getting hampered at the start. Of the rest, the Ralph Becket runner – BLUEBIRD DAY (e/w) – is also interesting with the yard having a 36% record with their 3 year-olds here. This filly has shown promise in her three starts to date but is having her handicap debut in this race and it’s also interesting she’s dropped back in trip to 5f, having shown plenty of pace over 6f and 7f in past races but not quite seeing out the trip.

CASUMO KEY STAT: Trainer Sir Mark Prescott has a 47% record with his 3 year-olds at the track

CASUMO VERDICT: Another big chance for the David Evans yard here with their ALMOST AN ANGEL, who was a neck winner here last week. This 3 year-old carries a 6lb penalty for that win, but has now won his last two starts at the track and won’t mind the drop back to 7f. The in-form Gina Mangan is also in the saddle to claim 7lbs this time, which offsets the 6lb penalty. Arcadian Nights, Marselan and Mountain Ash all need to bounce back from average runs last time, so the other pick is the Sir Mark Prescott runner – DUKE OF PRUSSIA. The yard has a decent 47% record at the track with their 3 year-olds and despite being up in grade here gets in with a lower racing weight here (8-11). This 7f trip is fine and with only four runs on the turf there should be more to come.

CASUMO KEY STAT: Trainer William Haggas has a 38% record with his 3 year-olds at the track

CASUMO VERDICT: Many unexposed sorts on show here, so the betting will be a good guide. Of those that have run, the David Simcock runner – Rani Of Jhansi – has run four solid races without winning. She’s been placed in the top three each time and another bold show looks on the cards, but you just wonder if she’s a bit exposed now and vulnerable so something with more scope. Therefore, a chance is taken on the unraced William Haggas runner – MUJTABA. Yes, a certain degree of trust has to be taken here with this Dubawi gelding having his debut, but the Haggas camp have a decent 38% record with their 3 year-olds here which gives us more confidence. You feel the rest, on what they’ve already shown, would need to find more.

CASUMO KEY STAT: Trainer Rod Millman has a 21% record with his 4+ year-olds at the track

CASUMO VERDICT: Just the seven runners here, but one with plenty of chances. Cold Stare is the only recent winner in the field, having won by a neck at Haydock last time out. He’s up just 2lbs for that but connections have booked the useful Sean Kirrane to ride and claim a handy 3lbs and offset that. BOLLY BULLET is worthy of some support though – mainly due to returning to 7f here. This 4 year-old just got caught in the closing stages last time over 1m at Salisbury, but prior to that was a nice winner over 7f. He’s only 3lbs higher here and Liam Browne takes off a further 7lbs from the saddle in this apprentice riders’ race. Miqueleon has to enter the picture after some solid runs recently, while CD winner, Fieldsman was a solid second last time at Brighton and should go well too. The other pick though is SIR PLATO, who is also a CD winner at the track. This 7 year-old is a pound lower for a recent fourth here over a mile and is only a pound higher than when winning over this course and distance back in June. The useful Angus Villiers is one of the more experienced riders in the race and his valuable 3lb claim is a further bonus.

CASUMO KEY STAT: Trainer William Haggas has a 38% record with his 3 year-olds at the track

CASUMO VERDICT: Portelet Bay is bidding for a three-timer after wins at Yarmouth and Bath, but is up another 4lbs here so will need more, especially in this better grade. Russco has also been in fine winning form – having won his last three, but all of those have been over 7f, so will need to prove he’s as good over this shorter 6f distance. Danzart and Wudashudacuda can have cases made for them, but the two of interest here are MAAJDAH and SHRARA. The former comes from the William Haggas yard that have a 38% record with their 3 year-olds at the track, plus he caught the eye when winning for the first time at Yarmouth. There should be more to come now into a handicap for the first time and with that experience under her belt. Shrara also comes from a yard (Ralph Beckett) that does well at the track (36%). The heavy ground went against her last time out at Windsor over 5f and should be much more at home on this better surface. She was a nice winner here at the track in July 20 too and should be a lot sharper for that last run, seeing as it came off a 384-day break.

CASUMO KEY STAT: Trainer Rod Millman has a 21% record with his 4+ year-olds at the track

CASUMO VERDICT: The Richard Price yard are only 2 from 64 with their 4+ year-olds at the track so their Bellevarde, despite being a CD winner at the track, is overlooked. We’ve three other course and distance winners in the line-up too – Secret Potion, Atty’s Edge and Blue Venture – this trio must enter calculations. But the call is to side with the Rod Millman runner here – HANDYTALK (e/w). This 8 year-old has not quite been firing of late, but is down 3lbs more from last time and the drop back to 5f is interesting. His last win came over 5 1/2f Bath around this time last year and that was also off a 7lb higher rating than today. Of the others, ATTY’S EDGE is also worth an interest back here at Chepstow, where he’s run so well at in the past. William Cox gets on well with the horse and his 3lb claim is a useful asset.