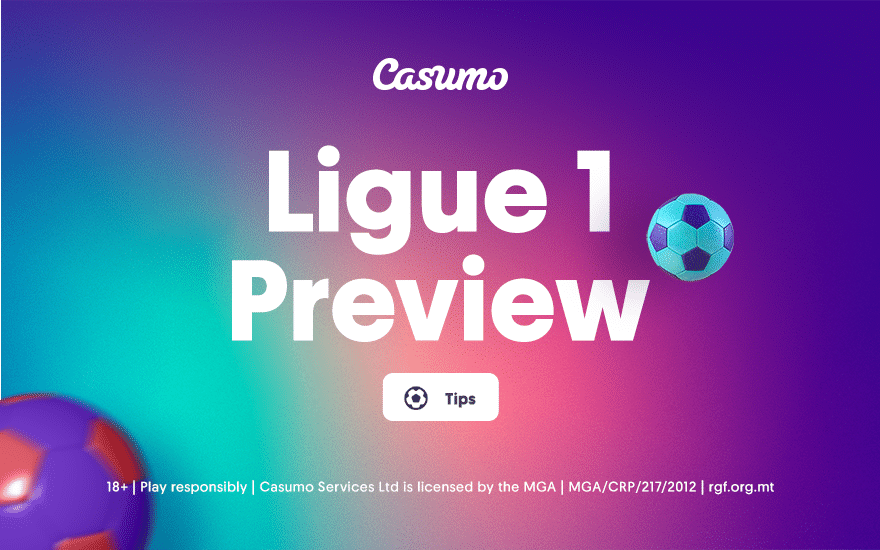 Ligue 1: Lille, PSG and Monaco all vying for the title once again

Lille defied all expectations last season as they pipped Paris Saint-Germain to the title. It was Christophe Galtier’s last act as Lille’s boss before they swapped their manager. This season has all the ingredients for another titanic tussle. Will PSG wrench the title back? In this preview, we will look ahead to two fixtures on Matchday 1 — Troyes v PSG and Metz v Lille.

Lille sent out early title warning ahead of the new season

After their thrilling title triumph last season, Lille have been riding the crest of the wave, and they will be itching to get the new season underway. Lille once again got the better of PSG, this time in the Super Cup last Sunday. A super finish from Xeka on the edge of the penalty area on the stroke of half-time proved to be the difference.

Lille picked up four points from PSG last season, and they didn’t concede a goal in both of those meetings. While the Super Cup may appear to be just a glamorous friendly, Lille will feel they have laid down an early gauntlet. They will want to send out a strong message to PSG that they are in it for the long haul again.

Burak Yilmaz ready to silence his critics once again

At the grand age of 36, it might be expected from the outset that Burak Yilmaz will be slowing down. Far from it! Last season, Yilmaz fired home 16 goals, and the Turkish striker was the club’s top scorer. Along with Jonathan David, they produced 29 goals last season, and they’ll need to be in sync if Lille are to defend their Ligue 1 crown.

Metz hoping summer signings can spur them on to greater heights

Last season, Metz settled for a mid-table finish, but they were riddled with fitness issues. They were plagued by inconsistencies, and they shipped more goals (48) than they scored (44). This summer, they have made two acquisitions — Sofiane Alakouch from relegated outfit Nimes, and Nancy’s attacking midfielder Amine Bassi. The hope is that Bassi will give Metz more dynamism and fluidity going forward.

Metz v Lille: Looking back on past encounters

The head-to-head record can often be a good gauge of how things may unfold. Lille, you suspect, will relish this clash, and will be confident of posting their first three points of the campaign. Lille have chalked up 13 victories from their previous 21 meetings with Metz. And in the last encounter, Lille ran out 2-0 winners with Yilmaz, and Zeki Celik grabbing the goals.

Paris Saint-Germain desperate to start campaign on the front foot

Although things didn’t go according to plan in the Super Cup defeat to Lille last weekend, Mauricio Pochettino was without his prize assets Kylian Mbappe and Neymar. It wasn’t a completely weakened side though, as Ander Herrera and Mauro Icardi both started. However, after being pipped to the title last season, this will stoke the fires for PSG to set the record straight.

Pochettino admits PSG have “bigger things to win” this season, and they will begin their campaign in earnest with a trip to face Troyes on Saturday evening. Speculation had been rife over his future despite leading PSG to two titles last season, but he recently put pen to paper on a new one-year deal.

This time round, there is little room for error, and PSG must send a statement of intent. Mbappe will come under the spotlight, and it will be fascinating to see how he reacts after a disappointing campaign with France at Euro 2020. Summer signing Georginio Wijnaldum will be looking to settle quickly, and you sense PSG could pick off newly-promoted Troyes with ease.

Sergio Ramos could be forced to wait to make PSG debut

PSG will be on tenterhooks to see if Sergio Ramos — who joined on a free transfer from Real Madrid this summer — will be available to face Troyes. The Spaniard picked up a calf injury in training last week, which forced him out of a pre-season friendly against Sevilla. It remains to be seen whether Pochettino will take a gamble.

Ramos’ experience will be priceless and his big-game mentality will inspire the other squad members. Although he could be missing, PSG have historically dominated meetings against Troyes, with 12 wins from 18 clashes. The last time the two sides faced each other was three years ago, and PSG claimed a 2-0 win. Nothing will faze PSG!

See our odds for Ligue 1