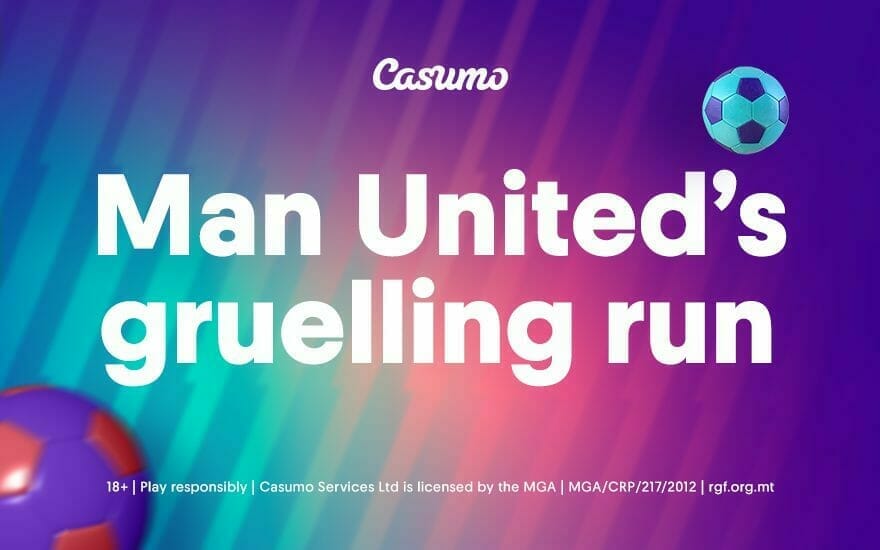 Well, that international break wasn’t too bad afterall. We saw France winning the Nations League, England hitting five, and away from the football we finally saw the last of Fury v Wilder as the Gypsy King put his opponent to bed along with his doubters.

?? France become the first team to win the World Cup, the EURO and the Nations League!

Only Ronaldo can help United

Even when they don’t play it seems Manchester United’s luck is running low. Raphael Varane was forced off in the Nations League final through injury, with the Red Devils already without Harry Maguire for their trip to Leicester City.

Importantly, the Leicester game is the first in a gruelling run for United:

We’ve indicated the home and away matches there because it is necessary, but not that important to United. Ole Gunnar Solskjaer’s men have a habit of making life difficult for themselves at Old Trafford, but tend to do better away from home, and that is where this set of fixtures begins.

And yes, they are only two points away from the top of the Premier League, but after these seven Premier League games, who knows where they will end up. Sandwiching vital Champions League ties in Matchweeks 3,4 and 5 adds cruel twists and it’s a run which can make or break this side.

A makeshift defence will have to be on their game against Leicester and we’re not backing United to keep a clean sheet, but we’re not writing United off for the win either. The fact is they have a goalscoring machine up front and we know he can drag them out of trouble as he did against Villareal.

When United don’t start Ronaldo, they suffer… and fans are hoping Solskjaer learned from his mistakes against Everton. With Cristiano starting, Leicester will struggle. Brendan Rodgers’ side have conceded 12 goals in their opening seven matches of the season and that is a worrying amount.

Leicester have not been in good form at all, having lost three games so far while United are unbeaten away from home this season. Remember, they managed to go the entire length of last season unbeaten away which is no mean feat.. To add another twist to the statistics, last season Leicester were indeed unbeaten against Manchester United, having beaten them once in the league in Manchester, once in the cup and drawing at the King Power.

We’re being bold here and going for an exact score prediction, oh and we know that most likely United won’t deserve to win… but that’s what happens when you start your best players and match winners.

We’re also going for the jugular and predicting Cristiano Ronaldo to score at least two goals… that’s priced at 26.00 or 25/1.

That would be the first test passed, but United’s run won’t all be rosy… that Liverpool game is going to be a blockbuster and United will need their centre back pairing to be on point, who ever it may consist of.