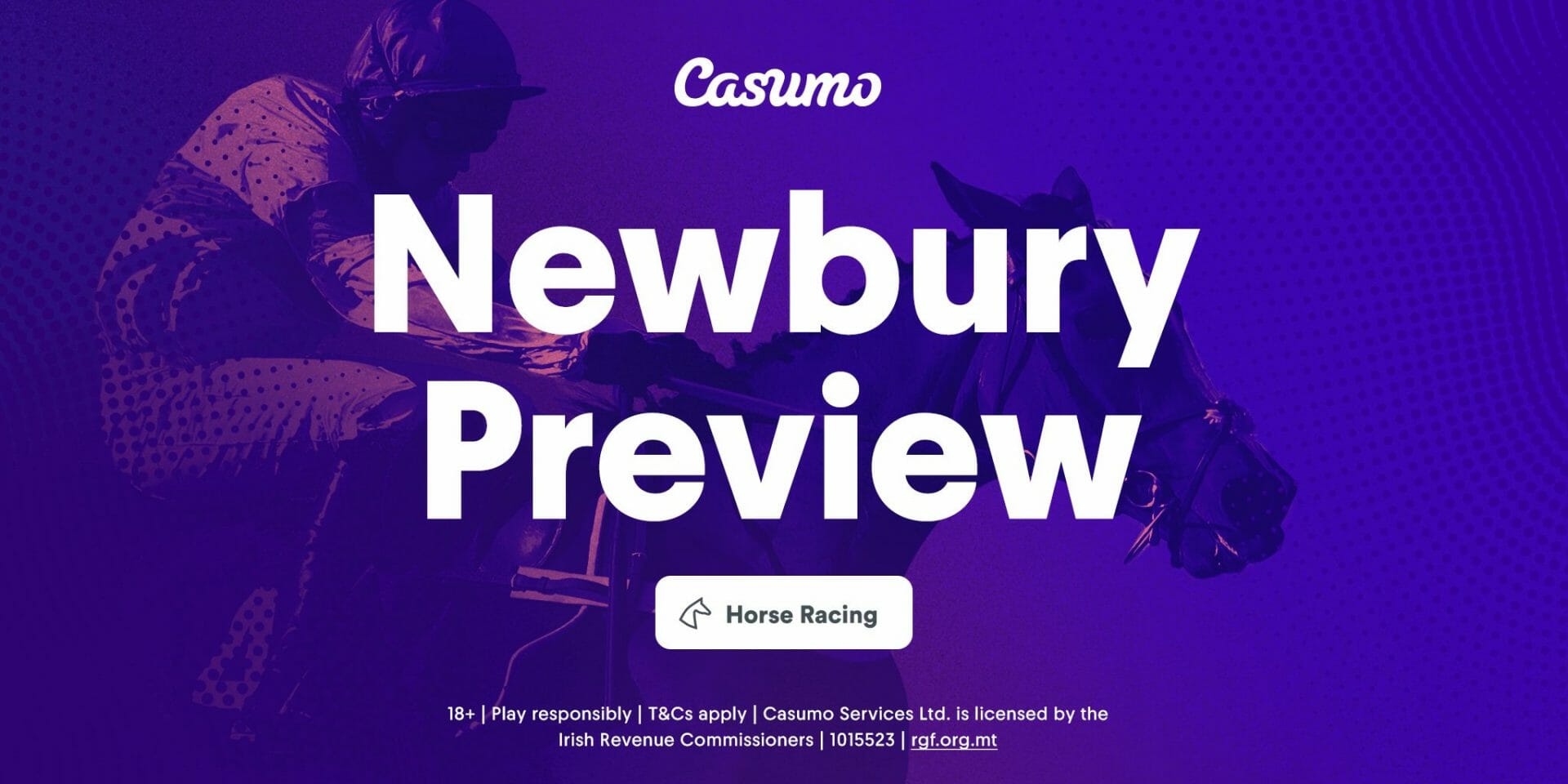 Another top afternoon of horse racing this Friday as the ITV cameras head to Berkshire to take in the opening day of the two-day Winter Carnival Meeting from Newbury.

Plenty of horse racing betting opportunities through the afternoon, including four LIVE ITV races, with the LIVE ITV action spearheaded with the Grade Two Long Distance Hurdle (3.00) – a race that’s seen 13 of the last 19 winners aged between 6-9 years-old.

To help narrow down the fields and hopefully find the winners – here at CASUMO we give you all the key betting trends and stats ahead of the FIVE LIVE ITV races from the opening day of the Newbury this Friday (26th Nov 2021).

CASUMO KEY TREND: 13 of the last 14 winners were aged 5 or older

CASUMO VERDICT: Just the four runners but a tidy little race with all four runners certainly having ability and all heading here off the back of wins. MILLERS BANK was a nice winner at Huntingdon last time out on his chase debut and don’t forget last season over hurdles ran the classy Abacadabras close in the Grade One Aintree Hurdle. He’s a course winner here too (hurdles) that looks an exciting prospect for the Alex Hales yard and is the top-rated in the field here. Paul Nicholls has Pic D’Orhy, who got off the mark over fences at the fifth try last time at Ffos Las. He stays further and is another course winner – you just worry that he’s a fair bit more exposed over fences then the others. Tea Clipper also won on his chase debut at Chepstow – needing every yard of the 2m 3 1/2f trip that day so the slight step up will suit. But he’s got to give 5lbs away to the Hales and Nicholls runners and 14lbs away to Nassalam. This Gary Moore runner caught the eye over fences at Ascot last month when winning and should be better for that run too as it came off a break. He gets a handy 9lbs and 14lbs from the others and rates the danger to the pick – with the only worry that he’d probably have liked softer ground. While being a 4 year-old then this age trend looks again him as 13 of the last 14 winners have been aged 5 or older.

CASUMO VERDICT: Some big names have won this race in recent times so all eyes will be on the victor here after this. And that horse could very well be the well-touted JONBON, who is related to the classy Douvan. This 5 year-old has won a NH Flat race for the Nicky Henderson yard, who has also won this race 4 times in the last 10 years, back in March in effortless fashion and looks a horse that could go to the very top. That win also came here at Newbury, so we know the track is fine. Of the rest, Good Risk At All and Charlie’s Glance are other course winners here, while the Skelton runner – Boombawn – ran well here on his return 4 weeks ago (3rd) and can be expected to improve on that too. But really, this should be a straightforward task for the very promising Jonbon.

CASUMO KEY TREND: 12 of the last 14 winners aged 9 or younger

CASUMO VERDICT: A competitive Handicap Chase here with many chances. Morning Vicar and Umbrigago are the two proven CD winners in the field that command respect, while the Paul Nicholls yard have a fair hand with two runners – Eritage and AMOUR DE NUIT (e/w). Of that pair, jockey Harry Cobden prefers to stick with Eritage, but I think a chance should be taken on Amour De Nuit. This 9 year-old is off the same mark as last time when running third on his return run at Chepstow and should be a lot fitter for that. He ran well at the track last November off a 3lb higher mark too and will love the ground – Bryony Frost takes over in the saddle. Neville’s Cross and Gaelik Coast both won well last time out and will have their backers based on that, but this looks harder and are also up in the ratings again here. So, the other pick is the Venetia Williams-trained FANION D’ESTRUVAL, who is the class act in the race and top-weight. Yes, it won’t be easy with 11-12 to carry but he’s been running in much better races than this recently and returned last time out with a fine fourth (not beaten far) in the Old Roan Chase at Aintree. He’ll be fitter for that and the Williams camp won this race in 2018 plus are having a good time of it with their runners in general.

CASUMO KEY TREND: 14 of the last 19 favourites have been placed

CASUMO VERDICT: Many feel that the 2019 winner of this race – Paisley Park – has had his day and with just one win from his last six runs then it’s easy to see why. Yes, this will be easier than last time, when trying to give a lot of weight away to another runner here – Indefatigable. But this time there is only 7lbs between the two so you’d feel Paisley Park can overturn the 5 ¼ lengths he was beaten by the Webber horse last time. The cheekpieces are also on the 2019 Stayers’ Hurdle hero here and that might help. But I just don’t think he’s much value for a horse with just one win from his last six. Lisnagar Oscar hasn’t a race since taking the 2020 Stayers’ Hurdle at the Festival and was well beaten in this 12 months ago. Thomas Darby and On The Blind Side have cases on their best form but have bit to prove, so the improver in the race for me is the Irish runner – MRS MILNER. She landed the Pertemps Final Network Hurdle at the Festival back in March and returned this season with a nice win at Limerick. She’s got a bit to find with the others on the ratings but is still only 6 years-old and of the six runners is probably the only one that a case can be made that she’s not stopped improving yet.

CASUMO VERDICT: Another tough and competitive race here. The Fergal O’Brien runner – Eyeofthescorpion – did well on it’s debut run for the yard last month (2nd) and is never far away in his races so should go well. O’Brien also has Polish, who is an out and out stayer for me, that is also a CD winner here. You just feel that he’d have liked a bit softer ground to bring his stamina into play. The Paul Nicholls yard have a 29% record with their hurdlers at the course, so their SAINT SONNET (e/w) is the first of interest. This 6 year-old looked a bit outpaced at Cheltenham last time over 2m4f – therefore, this step up in trip (3m) for the first time will help. The blinkers are also on for the first time and has been dropped 3lbs. Alrightjack, Certainly Red and Flemcara are the three ‘last time out’ winners in the field, but the Philip Hobbs yard also do well here at the track with their hurdlers, so it’s interesting they’ve got three in the race – Umndeni, One For You and DOLPHIN SQUARE (e/w). Of the trio, the Tom O’Brien ridden One For You would look to be their best chance based on jockey bookings, but Dolphin Square is always ridden by his owner – David Maxwell. This 7 year-old stayed on well at Lingfield last time to run a close second and with that run coming off a break will be a lot fitter this time. He’s off the same mark here and Maxwell can also claim a handy 3lbs again.