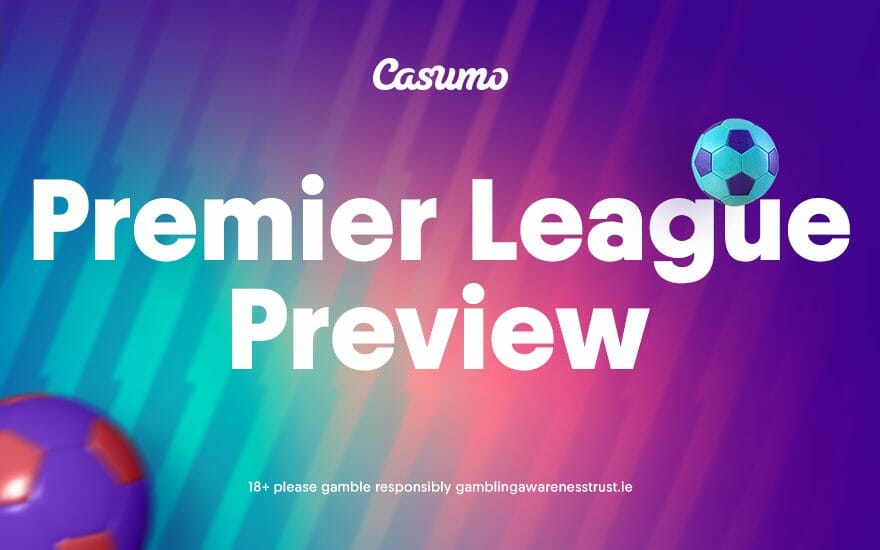 This weekend’s list of Premier League fixtures is an exciting one. First, we’ve got a Friday Night Football fixture of Brighton v Crystal Palace, you know, the “derby”. Saturday opens up with Manchester City v Chelsea in what can be a giant stride towards another Pep Guardiola title. The weekend’s action ends with a North London Derby on Sunday evening – is this the worst NLD possible with both sides looking so terrible in the FA Cup?

Manchester City’s form this season has been sensational. They are just so easy to watch, so consistent it’s almost too predictable, so efficient it’s almost boring. They sit 10 points clear at the top as their nearest rivals head to the Etihad hoping to reduce that gap.

10 points in January is massive. Even if Chelsea do win, seven points is also a big gap. Both sides have played 21 matches, and should City get three points, then they’ve got one hand on the trophy, already. We’d love to talk about how a title race is still possible, but 13 points on Manchester City is almost impossible.

Chelsea’s dip has cost them big time. Thomas Tuchel looks flustered for the first time since he took over. He’s blamed the schedule, he complained about rising COVID cases within his camp, asked for five substitutions and then has had to deal with the Romelu Lukaku situation. How about that for bad timing? Staging a mid-season interview to flirt with an ex is absolutely nonsensical, in any walk of life, and the impact of his words can be detrimental to Chelsea’s fading title bid.

Still, Tuchel will back his striker. And why wouldn’t he? His other alternative is Timo Werner, who is as reliable as a chocolate teapot.

All that is music to Pep Guardiola’s ears. They come into this game in incredible form. They’ve won their last seven home matches, and bhave indeed won their last five league games. There is no stopping them.

Pep has had his off-field issues too. He banned Phil Foden and Jack Grealish for breaking club rules and has had to lead this City squad with an iron fist at times. Instead of moaning, he buckled down and these little moments of man-management will help build a long lasting dynasty at City, especially when it comes to the younger members of their talented squad. Guardiola didn’t flinch as Ferran Torres was sold to Barcelona, knowing full well that his squad comes first, and no one is bigger than Manchester City.

Maybe there’s a lesson or two for his counterpart on Saturday.

Talking about lessons learned, what about those FA Cup matches by Spurs and Arsenal last weekend? Arsenal got knocked out by Nottingham Forest, while Tottenham were made to work too hard by Morecambe, of all teams.

Arsenal had no shots on target at Forest, despite 64% possession. It really was some FA Cup magic from Forest as Arsenal’s problems continue to mount. Again, off-field issues and a bad dressing room are major concerns for Mikel Arteta.

Spurs were extremely Spursy. Club record signing Tanguy Ndombele was booed off and headed straight for the tunnel as he was substituted, with fans wondering whether he’ll ever pull on a Tottenham shirt again. Antonio Conte’s men somehow managed to escape the third round, but he’s fuming and has every right to. He’s getting a tune out of a very poor side, and this weekend’s fixture can be a slug fest.

That substitution spoke volumes. Ndombele trudged off the pitch as his team stared defeat in the eyes. In the double substitution, Gil, on the other hand, sprinted off, somehow overtaking his teammate to the touch line. Body language is key there and that could be the end of his Spurs career. Isn’t it lame to be discussing substitutions rather than goals in the FA Cup? This is the state the club is in right now, perfectly summarised in that 60 second highlight.

The league table flatters both these sides. Arsenal are in fourth as they continue to push up the table, while Spurs are only two points behind them, despite having played two games less. Both managers are wringing any bit of juice left from their sides, and a derby win will always act as an afterburner.

This one will eventually be decided by managerial prowess, and Conte, being more senior, will have an advantage. He is a league winner, he’s more ruthless and that might be the key on Sunday.

But, Spurs can be Spursy and Arsenal can always turn it on, especially when Martinelli is on form. Calling this game is impossible but we’re hoping for goals. Get over 2.5 goals at 19/20 here.