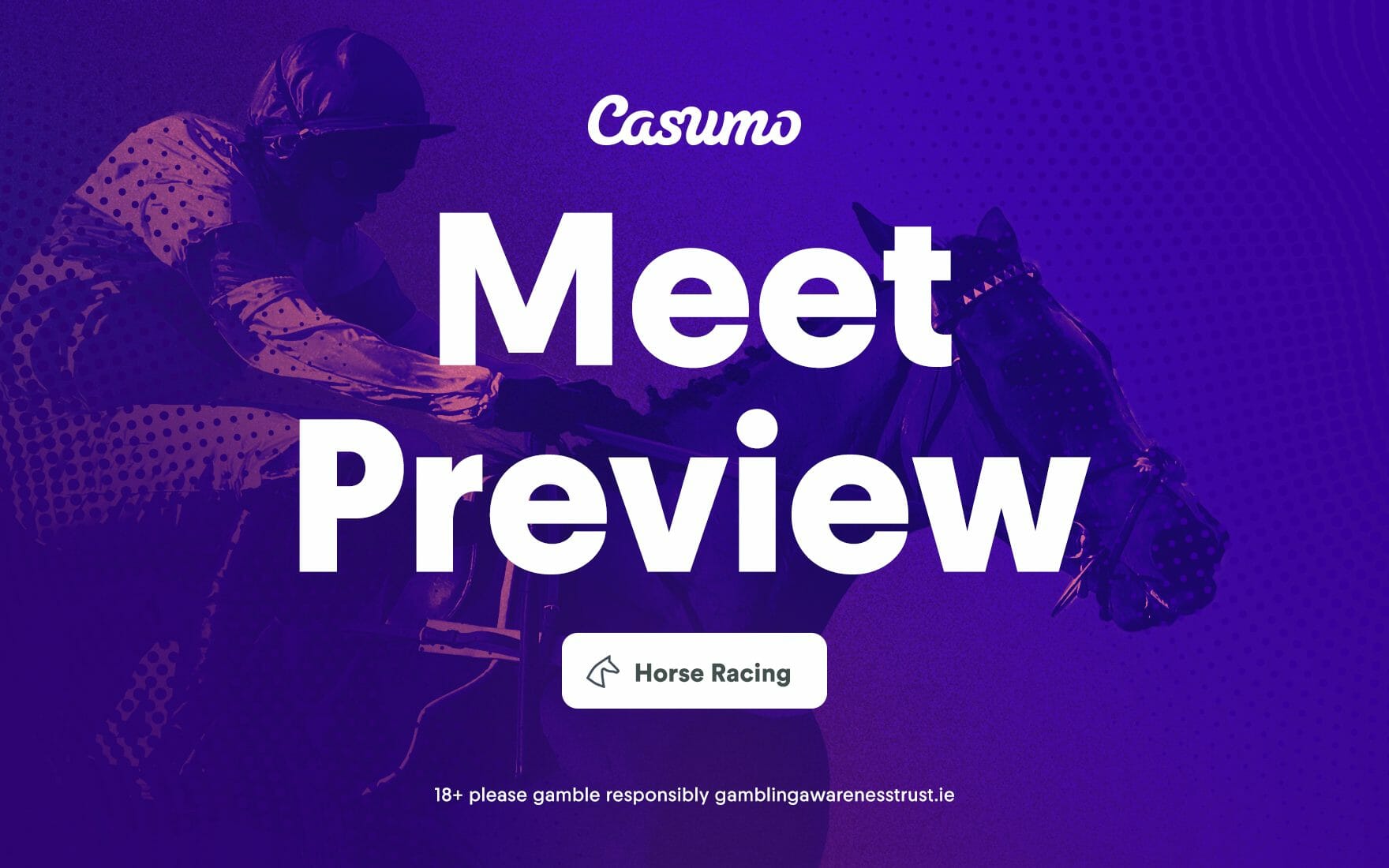 We’ll be hoping to continue that good form into this Saturday as the ITV cameras head to Sandown, Wetherby and Musselburgh to take in 9 races across those two venues.

As always, to help narrow down the fields and hopefully find the winners – here at CASUMO we give you all the key betting trends and stats ahead of the LIVE ITV races this Saturday 5th February 2022.

CASUMO VERDICT: He’s won this race in 2019 and 2020, plus was second twelve months ago, so t’s hard to ignore the chances of DOLOS here. This Paul Nicholls-trained 9 year-old seems to have developed a liking for this race and despite some indifferent runs this season has dropped to a handy-looking mark. He was runner up last year off 158 but is now rated 143 and is 6lbs lower than with winning in 2019 and 14lbs lower than in 2020. Yes, he’s got a bit to prove based on his three runs (all well beaten) this season, but would have had this race as a target again and jockey Harry Cobden also picks him over the other Nicholls runner – Tamaroc Du Mathan. We’ve also got the 2021 winner in the race – Moonlighter – back for more and seeing as he’s rated 7lbs lower this time too, is hard to ignore as well. He normally likes to race up with the pace so another bold show from the front could be on the cards. Of the rest, Gunsight Ridge (1st) and Bun Doran (2nd) were separated by just 1 ¾ lengths here last time out and with the runner-up 4lbs better off then we can expect another close battle between the two. Frero Banbou was a nice winner at Lingfield a few weeks ago, but is up 6lbs for that and that also came on heavy ground – he’s likely to get much faster conditions here, plus that race looked a bit of a slog so it remains to be seen how much it’s taken out of him. RIKOBOY will be better for his return run at Wincanton, but still ran well there to be a close second – a better race here but get in with just 10-6 in weight and looks dangerous, so he rates the danger.

CASUMO KEY TREND: All of the last 7 winners aged between 4-8 years-old

CASUMO VERDICT: An intriguing little race. The quirky Goshen is the second top-rated in the field at 152 and having been upped in trip last time ran a much better race at Lingfield when a close third – having every chance. He did, however, jump again out to his right so this return to a right-handed track is a plus and he’s a CD winner too. The query would be if the ground will be soft enough though as he’s at his best with plenty of give – overall, he’s still got a bit to answer to his supporters. SONG FOR SOMEONE is the top-rated (by just a pound) but this Tom Symonds runner does look the more reliable. He’s returned this season with fine seconds in the Coral and International Hurdles and with another small break (2 months) should be spot on for this. Guard Your Dreams actually beat the selection by ½ a length at Cheltenham last time but was getting 6lbs that day so off level weights here I’m favouring Song For Someone. The old boy, Hunters Call, and the Ben Pauling-trained Global Citizen are fair performers on their day and get 7lbs off the three principles, but still have a bit to find at the weights.

CASUMO VERDICT: Just the five runners here, but for this Grade One and on these terms (weights), the trio – Mister Coffey, Fugitif and Gladiateur Allen are likely to be fighting it out for places. Therefore, the two to focus on here are the Paul Nicholls-trained – Pic D’ Orhy – and the in-form Venetia Williams runner – L’HOMME PRESSE. The former has done little wrong this season – winning two of his last three and probably would have won at Newbury two runs back (going well) when falling. His recent 9 length win at Ascot was a decent effort and really barring that tumble it’s hard to crab his chance. But the call goes to L’Homme Presse, who has caught the eye of many after three wins at Exeter, Ascot and Cheltenham this season. He’s 3-from-3 now over fences and beat a useful sort in The Glancing Queen by an easy 10 lengths last time out. Of course, more is needed again here, but on the whole, he’s jumped well and looks a very exciting Novice Chaser for the yard. Of the rest, with the Nicky Henderson yard having won four of the last 9 runnings, then their Mister Coffey would be the one to pick up the pieces should the main two have off days.

CASUMO VERDICT: A very open and competitive race. Five of the last 6 winners failed to win last time out so this might be seen as a negative for Ree Okka, Orbys Legend, Jesuitique, Emmpressive Lady and Dolphin Square. GREEN BOOK was sent off the joint favourite for the Lanzarote Hurdle last time out but was hampered by a faller and unseated. He had won twice before that well and still gets in here with only 10st 6lbs to carry – with a bit more luck he can go well. The consistent Beauport looks sure to be in the mix too – having not finished out of the first three in his 6 runs over hurdles to date. His latest second to Dashel Drasher is solid form and before that was beaten only 1 ½ length by another of today’s runners – Jesuitique. The Cross-Country horse – Easysland – who is now with the Jonjo O’Neill yard adds another sub plot to the race, but you feel this is a prep for another tile over the unique Cross-Country fences at the Festival next month. Call Me Lord is another that you feel will pop up in one of these competitive handicaps soon as he’s starting to look well treated, but the Irish raider – BORN PATRIOT (e/w) is the other of interest after a fine second at Cheltenham last time out. He’s up 3lbs for that run but connections have booked the useful Kevin Brogan to offset that. He’s had 3 ½ months to get over that last run and can go well.

CASUMO VERDICT: You can make a case for several of these, especially recent winners – Kapcorse, Le Milos, Five Star Getaway and Farinet. Of that bunch, you just feel that the Tim Vaughan runner – Le Milos might have preferred softer ground and is also up 8lbs for that last win. FARINET will need to prove he’s as good over this longer trip but has been winning well over 2m4f of late and cold easily be the sort to improve again over this extra half a mile. Add in that he’s a proven course winner, then he’ll have no issues with the track – any rain would help, but he looks an improving staying chaser. Kapcorse beat Court Master well at Newbury last time out and the runner-up has seen given that form a boost by winning last midweek. He’s another to note, but with that last win coming off almost a year off, then you fear about the ‘bounce factor. So, the other pick is to side with the horse that’s win this race for the last two years – DEISE ABA. This Philip Hobbs runner was last seen pulling up in the Welsh National over Christmas but before that ran a close second here at Sandown in their London National. He’s up 2lbs for that and is 5lbs higher than when taking this 12 months ago but does seem to like it here at Sandown with form figures that read 1-1-2.

CASUMO VERDICT: On these terms this really should be a good chance for the Lucinda Russell-trained AHOY SENOR to get back to winning ways. This 7 year-old was a nice winner at Newbury two runs back and wasn’t disgraced last time out at Kempton when second to the useful Bravemansgame. He should find this company a lot easier and despite having to give weight away to the others is an exciting staying Novice Chaser so it would be disappointing if he can’t see off this lot. That said, Saint Palais has won his last three and is a proven CD winner here. He’s shot up the handicap ranks as a result this season and is now into Graded company so more on his plate. But with 10-8 and getting 11lbs off the selection then he can hopefully make a race of it. Ashtown Lad and Noble Yeats make up the four runners.

CASUMO VERDICT: Veterans race here today and many with a bit to prove. The Olly Murphy runner – Calipso Collonges – and Cool Mix are both likely to be popular picks for punters as they come here off the back of fair runs. Valadom and Broken Quest are others to respect, but the two I’m going to take a chance on are BROTHERLY COMPANY and GLEN FORSA. The former is the only CD winner in the field that did well last summer jumping. He’s had a break since but the good ground is in his favour and has run well off a break in the past. Glen Forsa used to be a 150+ rated chaser but probably didn’t fulfil his true potential when trained by Mick Channon. Now a 10 year-old, but he’s actually fairly lightly-raced (18 runs) for his age and has dropped to a mark of just 129. The return to 2m6f will also help having got tired over 3m last time.

CASUMO KEY TREND: 11 of the last 14 winners were aged 6 years-old

CASUMO VERDICT: Trainer Paul Nicholls has won this race a few times since 2017 and so his Wild Max is sure to be popular. However, he’s the topweight here with 11-10 and even though jockey Angus Cheleda claims 5lbs you’d be taking a leap of faith if backing this horse at shortish odds after flopping in his last four races. He’d have a big chance on his form of 2020, but he’s not for me. Social Agenda won well at Catterick last time and only has 10-5 to carry, but this is a big step up in grade here so would need to find some more improvement. Glory And Honour and Diocletian are others to note, but I’m going to play HIGHLY PRIZED and FIVEANDTWENTY here. The last-named is the only CD winner in the field and wasn’t disgraced when running fourth behind the promising Tommy’s Oscar here on New Year’s Day. That came off a 2 month break and after a wind op so can only improve for it. Highly Prized is back from a 280-day break but has gone well fresh in the past. This Emma Lavelle runner also doesn’t look too badly-treated off a mark of 139 and will be right at home on the good ground.

CASUMO VERDICT: Mighty Thunder won this race last year by 20 lengths so can’t be ruled out. However, this Lucinda Russell runner is up 19lbs this time and will need to also bounce back from being pulled up in the Welsh National last time out. The Wolf stayed on well over 3m2f last time at Cheltenham to suggest this step up in trip is certainly worth a crack, but it’s still another 5 furlongs, so I’d rather side with a horse with actual proven stamina. With that in mind, HIGHLAND HUNTER is the one that looks the most solid having run a fine second in the Welsh National last time out too. Prior to that we landed the London National at Sandown over 3m5f and has been 5th in the Midlands National at Uttoxeter over 4m2f so we know he stays. He’s also a winner here at Musselburgh over hurdles and seems to act well in most ground. Of the rest, the former Paul Nicholls-trained CAPTAIN CATTISTOCK (e/w) is dropping down the handicap again off a mark of just 124 and has only 10st 1lb to carry here so could be very dangerous indeed of those at bigger prices.