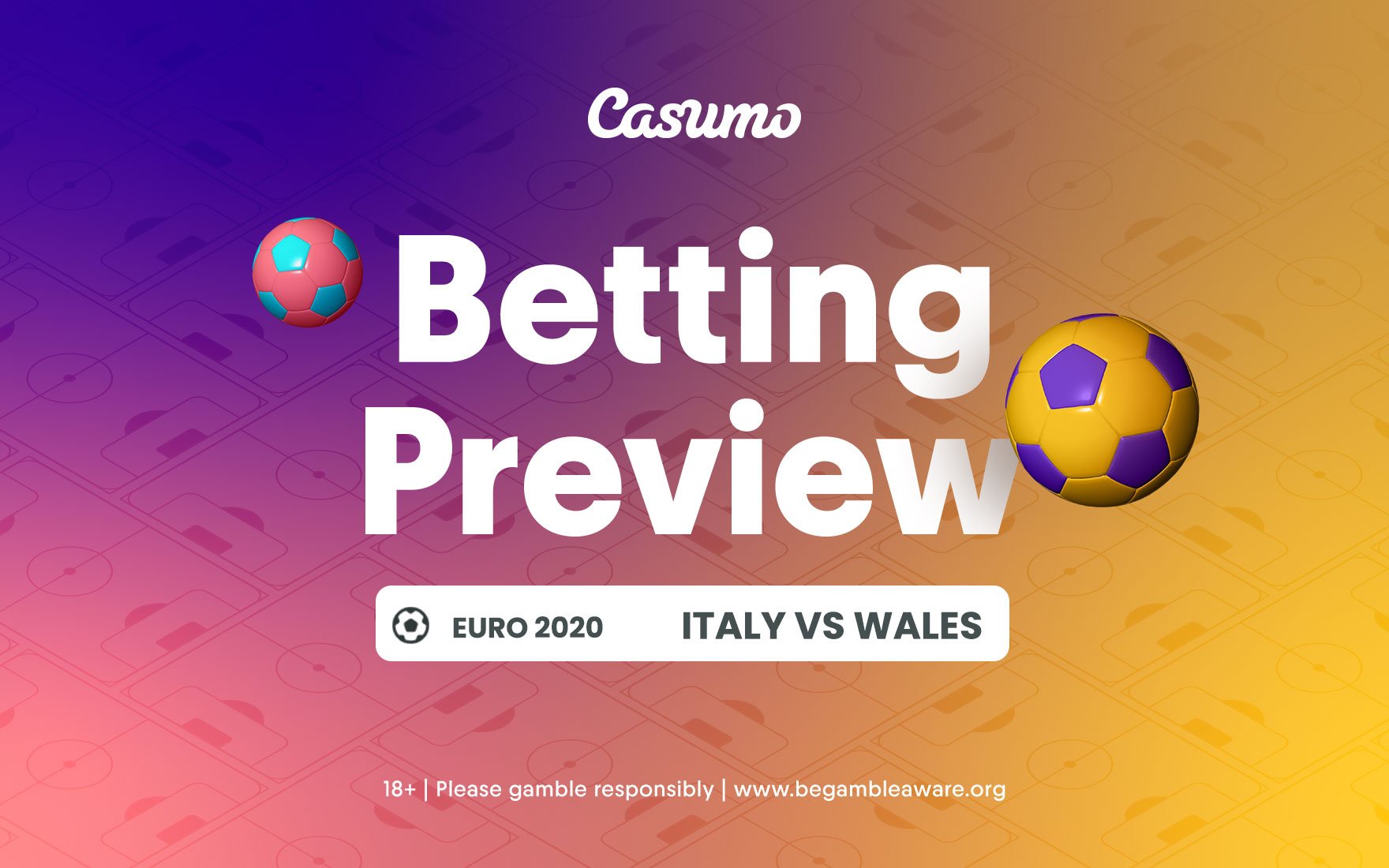 Italy are hosting Wales in the Stadio Olimpico in Rome, Italy on the 20th of June 2021 at 21:30 IST. Both teams have qualified into the next round while only a huge defeat to Wales and several other permutations and combinations are the only likely things for Wales to not qualify for the Round of 16 after the game.

Italy continued their domination into the second game with a 3-0 showing against the Swiss as well increasing their winning run furthermore. They have qualified into the round of 16 and the game against Wales will still hold a lot of significance because if the Welsh win, they would displace the Italians onto the first which the latter won’t want to happen. A 3-0 win on the opening night against the much-fancied Turkey has put to rest any doubt about the form Italy have been carrying for some time now. Italy along with Belgium are carrying an outstanding record coming into the competitions, they were the only two teams to have won all the games in the qualification rounds. Both won all ten games from their respective groups. Italy were part of Group J which had relatively lesser threatening teams like Finland, Greece and Bosnia & Herzegovina in the ranks, the path for Italy was more or less on the easier side. They scored as many as 37 goals while conceding just a meager four goals in the process.

Coach Roberto Mancini has been quite magnificent with his tactics and strategies in the recent games of Italy and would hope to keep the same momentum next set of games as well. In the last game, Locatelli was outstanding with his goal-scoring prowess netting in two goals in the process while immobile managed to score one as well. Insigne along with Barella and Lorenzo were good. Donnarumma and Bonnucci too were on the mark in the game against the Swiss. The only worrying aspect would be Captain Chiellini being substituted with an injury and would hope he can be back for the next game and the rest of the tournament.

Wales came back with a statement in the last game against Turkey winning it 2-0 taking their points tally to 4 points which in all likelihood would be enough for them to qualify into the next round. Wales in the first game against Switzerland had to find an equalizer in the final third of the match to get the one point. They are coming into this year’s EURO with a second-place finish in the qualification rounds. They were part of Group E with the likes of Croatia being the only real threat in the group. Wales after the eight games they played managed to win just four games, and in the process scoring 14 points, just one point of the ousted third-placed Slovakia who got 13 points. Wales did manage to concede the least number of goals while also scoring a comparatively lesser number of goals as well. They are going into the EURO 2020 with an inconsistent recent record, they’ve lost two and won two in the last five games while drawing the last game. Wales can be a threatening outfit given they produce the type of football the Wales players play in club football.

Coach Robert Page will need to regroup the squad quickly which should reflect on the team’s performance to have any chance in the tricky Group A. Captain Bale produced a five-star performance in the last match and was a delight to the eye while Ramsey and Connor Roberts were able to find the back of the net by virtue of Bale’s assist on both occasions. Daniel James along with Danny Ward were also a treat to watch on that night along with Mepham and Ben Davies in Defence.

Italy are the favorites to win according to the Casumo Sportsbook. They are placed at 1.47 odds while Wales is placed at 9.00. The odds for a draw is 4.00.

Italy are displaying the rampant form and are steamrolling every opposition on the way, Wales on the other hand are starting to fire as well. This game could as well give us a glimpse of what both teams would do in the next set of rounds. Italy looks like favorites to continue on winning and keeping the streak going while Wales would hope to show their best and try toppling the former World Champs.

Italy are scoring goals for fun in the last few matches and are being able to find the back of the net quite frequently, this comes down to the chances they are creating, the midfield is creating chances after chances for the attack to capitalize on and while this is happening, the opposition defense could well tumble after the series of attacks and in turn, concede at some point of the match. Italy have always been known for their watertight defense but this side is something that very few expected. They have scored over 1.5 goals in all of their last ten games while also at home they have a 100% probability of scoring because of the fact that they were able to do so in the last five home games to put weight on that fact. So it’s quite likely that Italy’s Total Goals would be over 1.5 in the game against Wales on Sunday. According to the Casumo Sportsbook, the odds for Italy to score Total goals over 1.5 is 1.71.

As said above in terms of Italy’s goal-scoring attributes, one more mind-blowing fact is that Italy hasn’t conceded any goals in all their last ten games. So, they have been part of both teams not scoring scenarios in all these games. At home too, in the last five games, they still haven’t conceded a single goal in any of those five games. Playing head to head against the Welsh, they have had three of the four meetings where the above condition was met. This also implies that the two head to head meetings they had in Italy where again both teams failed to get on the scoresheet. So it’s most likely that both teams won’t’ be able to make it to the scoresheet on Thursday. The odds for Both Teams not scoring according to the Casumo Sportsbook is 1.57.

Italy were well truly looking really hard to break down not just in terms of winning while also not conceding any goals in the last ten games straight. Wales would hope to upset the Italians which would be the best tonic going into the latter part of the tournament. Summarising on a couple of bets from above: