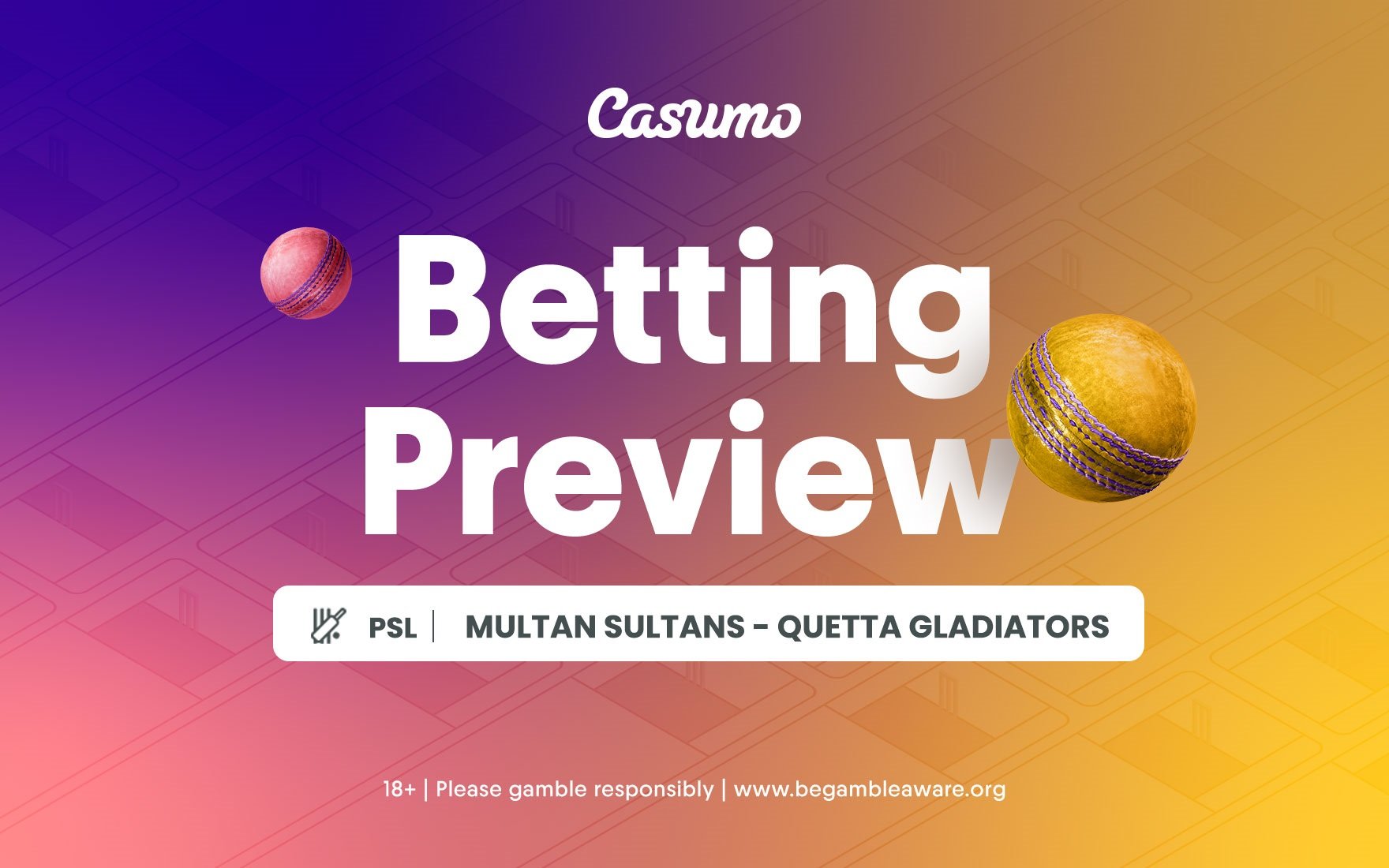 Multan Sultans will face Quetta Gladiators in match 25 of the Pakistan Super League (PSL) 2021 in Abu Dhabi on Wednesday.

Mohammad Rizwan led-unit will be coming with full confidence after securing back-to-back victories in the tournament.

The team management will be hoping that the side can continue their performances and keep their playoff hopes alive in the competition.

On the other hand, Quetta Gladiators finally managed to end their two-match losing streak with a hard-fought win over Lahore Qalandars.

The team management will be hoping that the side can play to their potential in this important clash.

Both teams have competed seven times in the history of the PSL where Lahore have a far better record with seven wins compared to Multan’s two victories.

However, in the recent past, Gladiators have proved to be a more dominant force as they’ve won three matches out of five matches played against Multan Sultans.

After registering two victories on the bounce in the competition, the Multan Sultans are unlikely to make any significant changes in the playing XI for the match against Quetta Gladiators.

The biggest strength for the team management will be the form of captain and wicket-keeper Mohammad Rizwan, who is the most in-form batsman in the tournament after scoring well over 400 runs so far this season.

In the batting department, the team will be depending on the likes of Captain Mohammad Rizwan, Sohail Maqsood, opener Shan Masood and middle-order batsman Rilee Rossouw to score the bulk of the runs.

On the bowling front, the onus will be on the likes of rookie pacer Shahnawaz Dhani, Imran Khan, and leg-spinner Imran Tahir to produce timely breakthroughs.

Despite securing a much-needed win against Lahore Qalandars, Quetta Gladiators don’t have a realistic chance of making the playoffs. For this game, the side might go for one or two changes to their playing XI

Azam Khan’s return to form will be a pleasing sign for the team management and he will be accompanied by the likes of Jake Weatherald, Usman Khan, Sarfaraz Ahmed, and Cameron Delport to score the bulk of the runs.

The inclusion of left-arm quick Usman Shinwari worked well for Gladiators. He bowled well and claimed three wickets in the previous game against Lahore Qalandars

On the bowling front, the onus will be on the likes of pacers Mohammad Hasnain, Usman Shinwari, and rookie off-spinner Khurram Shehzad to provide timely breakthroughs.

Despite lying in the bottom half of the league table, both sides are coming in this match after securing a positive result in their respective previous outings.

Quetta Gladiators will have to maintain their standards with bat and ball in this fixture. On the other hand, Mohammad Rizwan has been phenomenal, to say the least as Multan Sultans will be determined to make it three wins in a row in the competition.

Based on recent performances, the prediction is for Multan Sultans to secure another win on Wednesday.

The wicket-keeper opening batsman has shown consistency with the bat at the top of the innings. The 29-year old delivered another spectacular performance to help Multan Sultans beat Peshawar Zalmi in this contest.

In seven matches played, Mohammad Rizwan has accumulated 408 runs at an average of 68.00 with four half-centuries to his name. He will be looking to continue his excellent form with the bat for Multan Sultans.

Given his excellent performances for Multan Sultans this season, we are expecting Mohammad Rizwan to score 30 runs or more in this contest@2.50.

Tip 2- Shahnawaz Dhani has been a surprise package for Multan

Surprisingly, rookie pacer Shahnawaz Dhani has been the premier bowler for the side in his debut PSL season. In the previous game played against Peshawar, Shahnawaz Dhani was the standout bowler on display and claimed 4 for 31 in his four overs.

With 13 wickets to his name, Shahnawaz Dhani is currently the leading wicket-taker in the competition. He will be looking to continue his good form against Quetta Gladiators.

Given his wicket-taking ability in the middle-overs of the innings, we expect Shahnawaz Dhani to take two wickets or more@3.00.