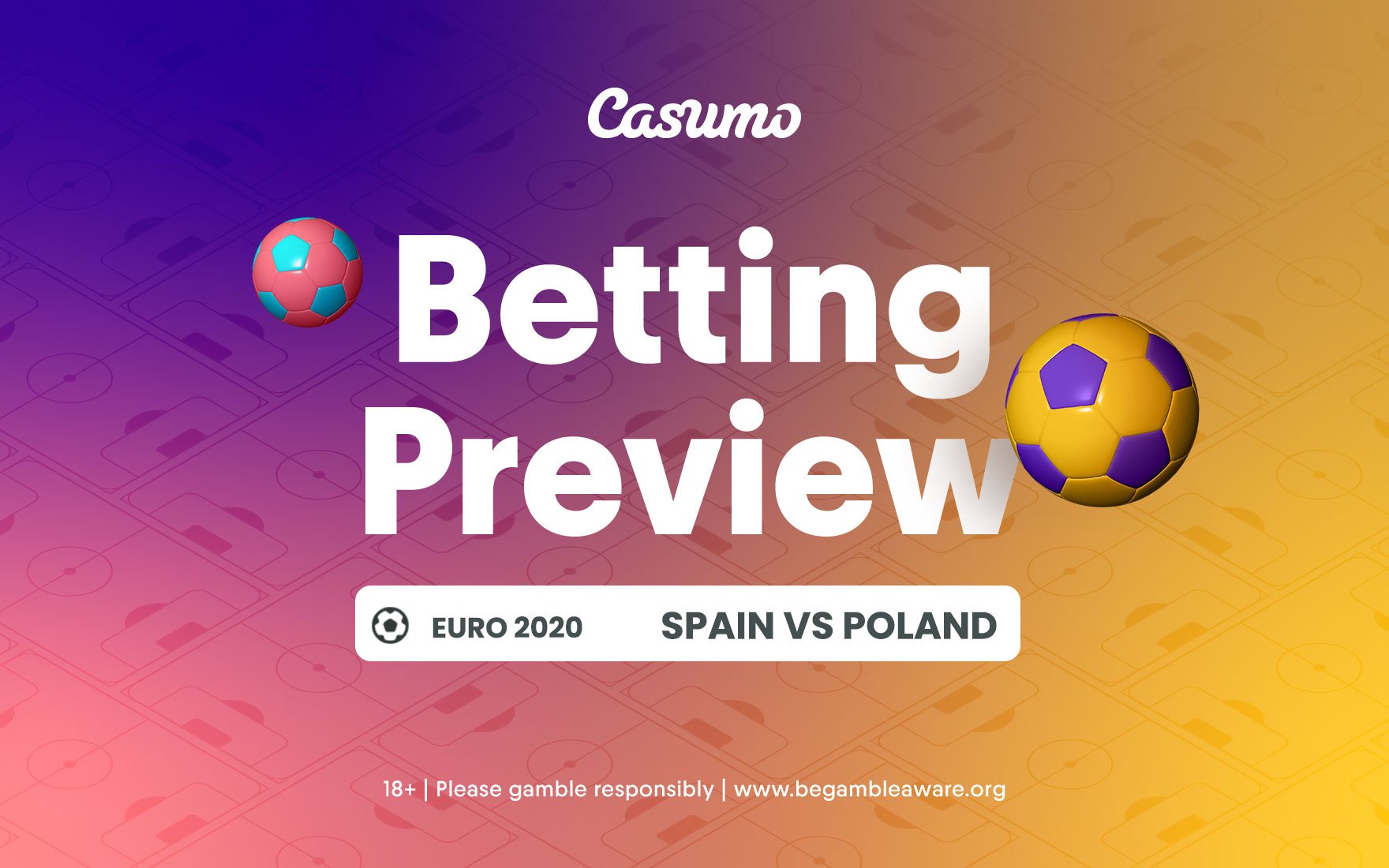 Spain is hosting Poland in Estadio De La Cartuja in Seville, Spain on the 20th of June 2021 at 00:30 IST. Both teams are looking down the barrel after the disappointing first-round showings and only a win here could help them in their quest for qualification, if for a loss, a lot of other aspects might need to come into consideration for the same.

Spain produced by far the most disappointing performance in the first round matches after their stalemate against Sweden, it was not the result that is disappointing but with whatever they did on the pitch, they should’ve seen at least three to four goals. 85 percent possession, 17 shots, number of passes, no of crosses, no of tackles, everything favoring them, but no goals. They need to correct that if they are to have any chance of making it big in this championship. Spain were part of Group F in the EURO qualification rounds with the likes of Poland, Norway, Romania, Faroe Islands and Malta being the other teams in the group. With 26 points from eight games played, Spain topped the group. They won eight and drew two games in the process. They never lost a game in the campaign which is a very good record to have. We can say, Spain were as dominant as ever in the tournament scoring a lot of goals while also managing to keep the opposition scoring relatively low as well. e potential to do it nonetheless.

Former Barcelona superstar manager Luis Enrique had taken over the coaching duties of the Spanish national team some time ago. He has so far been decent with his strategies and team selections. He has a very young side at his hands which can be made into the world-beating side that Spain in the early 2010s’ were in some years time. This team has the potential to reach that point. One major setback is that their talisman captain Sergio Ramos would miss the tournament. Everyone except the strikers Ferran Torres, Morata and Dani Olmo had a decent game, the forward line has to convert the chances into goals nonetheless.

Poland were another team that came in with high expectations and are looking set for another competition where they have squandered their chances. They lost against a decent Slovakia side. They now are facing a stronger opposition in Spain, a loss is out of the question, only a win can help Poland’s cause here on. Poland were superb throughout the qualification rounds even with a set of lesser threatening teams in the group. They showed dominance all through the campaign which was a treat to watch for everyone.  After the ten games played, they won as many as eight matches while losing just one game. They also drew one of the games. They were part of Group G with Austria, North Macedonia, Slovenia, Israel, and Latvia. Poland finished as the number one team in the group with 25 points. They conceded the least number of goals for any team in the group while also managing to strike 18 shots into the net. They have won just three games in the last ten coming into the second game of their EURO 2020 campaign against Spain away on Sunday.

Paulo Sousa the Poland national team coach was good during the qualification rounds where they also went on to become the number one side in the group, but their recent record over the past ten matches has been abysmal having won just three games and losing four while drawing the three matches. Sousa would need to bring back what worked for them in the qualifications rounds and not experiment too much with the team composition. Lewandowski, will he be able to carry the team, is a question that remains and will be answered by none other than the man himself, with Zielinski, Milik, Kownacki, Klich, Bednarek and Szczesny all in the mix, Poland could be in for a chance here against Spain.

Spain are the favorites to win according to the Casumo Sportsbook. They are placed at 1.36 odds while Poland is placed at 9.00. The odds for a draw is 5.10.

Spain have won the only head to head match against Poland which came way back in 2010 when Spain was busy collecting trophies and raking up records, the teams have changed and the old Spain is nowhere to be seen now with all due respect to the present generation, The recent record though, shows Spain only slightly inching ahead. Spain have been drawing a lot of games off late as well which could also be the case on Tuesday, but they look the favorites given their team strength to win this tie.

Tip 2: Both teams to score

Both of Poland’s last two qualification round matches had them involved in both team scoring scenarios. In the last five matches played by Spain across competitions, three of those have had both teams score. Two of four home matches that Spain have played lately have had both teams score. Six of the last seven matches Poland have been part of have had the above condition being satisfied. Playing away, three of the last four matches Poland was part of has turned out to have both teams scoring. So it’s most likely both teams might end up scoring. The odds for Both Teams to score according to the Casumo Sportsbook is 2.04.

Spain may not be the same as they were in the early 2010s but they still have a team to beat any team on any given day, Poland needs a win here to stay in the competition without having to depend on other results in the last game. Summarising on a couple of bets from above: