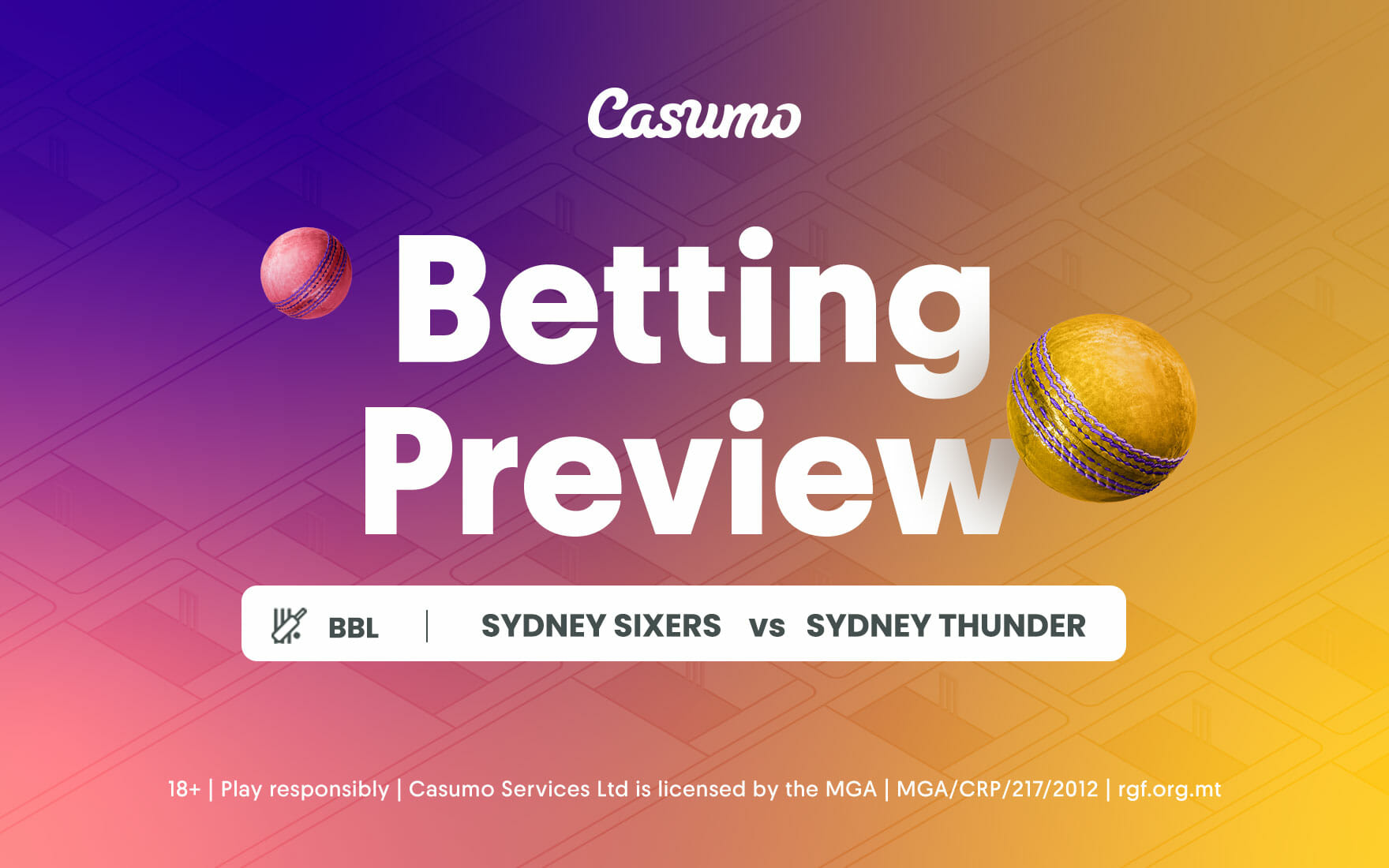 Host Sydney Sixers will be looking to continue their excellent form when they take on city-rivals Sydney Thunder in the 50th game of the 2022 Big Bash League at Sydney Cricket Ground on Saturday.

In the previous match, Sydney Thunder’s six match-winning came to end as they lost their previous game against Hobart Hurricanes by a narrow margin.. Captain Jason Sangha will be hoping that the side can get back to winning ways in this high-octane clash.

On the other hand, Sydney Sixers will be keen to deliver a clinical performance against city rivals Sydney Thunder. Currently, Reigning Champions are lying at third position in the league table.

Defending Champions Sydney Sixers will be looking to go with the same playing XI for this all-important clash.

In the batting department, the side will be depending on the likes of Josh Philippe, Jordan Silk, James Vince and Moises Henriques to deliver notable scores in this fixture.

In the previous match, Jack Edwards was the standout performer with the bat and finished the innings with the top-score of 49 runs off 35 balls with the help of four boundaries and one six.

In the bowling department, the side will be relying on the likes of Sean Abbott, Jackson Bird, Hayden Kerr, and Ben Dwarshuis to deliver timely breakthroughs

Despite losing their previous match, Sydney Thunder are lying at second position in the league table.

In the batting department, the side will be relying on the likes of Alex Hales, Oliver Davies, Jason Sangha, Matthew Gilkes, all-rounders Daniel Sams and Ben Cutting to do the bulk of the scoring.

In the bowling department, the side will be relying on the likes of Mohammad Hasnain, Gurinder Sandhu, Tanveer Sangha, Daniel Sams,  and Nathan McAndrew to deliver crucial breakthroughs.

According to the Casumo sportsbook, Sydney Sixers will be favorites to win the fiftieth game of 2021-22 Big Bash League be played at Sydney Cricket Ground. For the 50th BBL game, Sydney Thunder are placed at 1.91 odds, while Sydney Sixers are at 1.81 odds.

Based on current form, Sydney Thunders will be favorites to win their game against Sydney Sixers. With likes of Alex Hales, Jason Sangha and  Mohammad Hasnain showing excellent form in the previous couple of matches, Thunder have enough firepower in the batting and bowling department to dismantle Sixers in their home conditions.

On the other hand, Sydney Sixers will have to raise their game with bat and ball to compete with Sydney Thunder

Therefore, the prediction is for Sydney Thunder to register a comfortable win over Sydney Sixers.

Tip 1-Gurinder Sandhu to continue his impressive form for Thunder

Pacer has been a surprise package with the ball for Sydney Thunder this season. With 12 wickets at an economy rate of 6.58, Gurinder Sandhu has been a consistent performer for Thunder in this year’s BBL. In the previous match, Gurinder bowled exceedingly well and claimed 2 for 27 in his three overs. Given his splendid performances in the last couple of matches, we can expect pacer Gurinder Sandhu to take one wicket or more against Sydney Sixers@2.50

Middle-order batsman has shown consistency with the bat for Sydney Sixers this season. With 311 runs at a strike rate of 142.66, Henriques is currently Sixer’s leading run-scorer in the competition. In the previous match, Henriques played exceedingly well and scored 40 runs off 34 balls with the help of three fours and one six. Given his notable contribution for Sixers this season, we can expect Moises Henriques to score 20 runs or more against Sydney Thunder@2.00