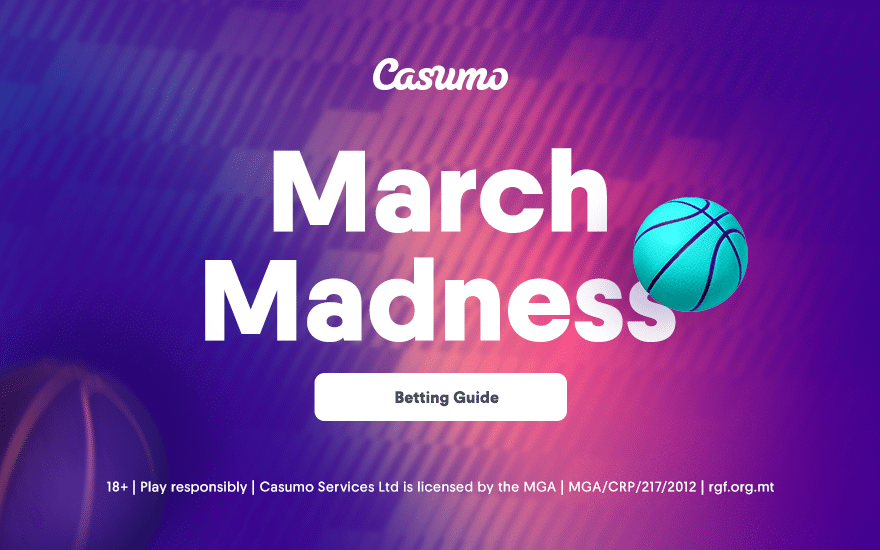 How to bet on March Madness

March Madness, the NCAA (National Collegiate Athletic Association) annual men’s basketball tournament, is steeped in tradition and history having taken place since 1939. Typically, the season runs from November to March with the Spring climax of the campaign eagerly anticipated by college basketball fans.

The 2020 edition was cancelled due to the impact of the COVID-19 pandemic so fans have waited long enough for the 2021 edition. The madness traditionally takes place in just one location and this season Indianapolis will host most of the 67 games over the three week course.

Things get underway with Selection Sunday on March 14 when the Selection Committee reveals the full NCAA tournament bracket, including all the participating teams and their corresponding seeds. The top 68 collegiate basketball teams qualify for the season-ending March Madness.

This year new bracketing principles will use the overall team seed list, rather than geographic proximity to the venue hosting the preliminary rounds. Games will be played Thursday to Sunday of the opening weekend and we can’t wait for tip-off!

From 1939 to now, how has March Madness evolved?

March Madness is a completely different proposition from how it first looked back in 1939. In the inaugural tournament, there were just eight teams involved, with Oregon winning the title with a 46-33 victory over Ohio State. In 1951, 16 teams competed in March Madness and the event continued to grow until 1985 where the format was revamped, and 64 teams were involved.

Since then, there have been some further tweaks. After 2001, the Mountain Western Conference joined Division I and this pushed the number of teams up to 65. Three more teams were added in 2011, taking the total up to 68.

For any tournament, it is always best to keep an eye out on the form of the teams, and the same applies to March Madness. While some have entered the tournament with a perfect record, others have qualified with a winning record of less than 50%. This included Oakland, who made the cut in 2005 with a record of 13-18 (41.94%) and they were seeded 16th.

Also, be wary of injuries during the tournament. If a star player for a college gets a big injury in one of the early rounds, this could affect their chances of progress in the competition. Therefore, keep an open mind when putting your bets together.

Never forget that games can change at the drop of a hat. March Madness has had a tendency to produce some high-scoring games over the years. For example, there were 264 points amassed when Loyola Marymount beat Michigan 149-115 in 1990.

Whether you want to bet on the outright winner, place a parlay or try a prop bet, at Casumo we have you covered. Check our range of markets today.

For those unfamiliar with the formalities of March Madness, there may be some terms to get to grips with. Here are a few that will help you figure out what is going on:

Referring to the type of invitation that a team receives for March Madness an At-large bid is given to a side that didn’t win their Conference tournament but did enough to merit their place in the NCAA season finale. There are no restrictions on the number of at-large teams a committee can select from one conference.

This is used to describe a side that’s on the cusp of qualifying for the NCAA tournament, however, their place hasn’t been confirmed. Ultimately, their fate lies in the hands of the NCAA committee who will decide whether or not they should be included in the 68-team field.

A Cinderella team is one that catches fire and exceeds all expectations. A classic example of this would be the 1985-winning championship team of Villanova who were the eighth seed. They beat Georgetown 66-64 in a tightly contested affair. Dwayne McClain top-scored on that night for Villanova when he scored 17 points.

Quadrants are essentially a measurement for weighing up the validity and strength of a specific team’s wins and defeats. The selection committee separates a team’s record into four quadrants (Quarters 1, 2, 3, and 4) as basketball is played in quarters. Within this, there are separate statistics that take into account the venue of where the game is played, whether it be home or away.

March Madness history is littered with a plethora of memorable moments. Such as Virginia Cavaliers, who were crowned March Madness champions in 2019, had a 35-3 record in the 2018/19 season. After reaching the final, they took out Texas Tech 85-77, but they needed overtime to secure the win.

Since the inaugural March Madness over 80 years ago, various colleges have shone. UCLA were the dominant force of the 1960s and 1970s. They were crowned champions seven years on the trot, whereas the likes of Duke won back-to-back championships in the early 1990s and Florida won two titles in a row in 2006 and 2007.

Check out the teams and Casumo’s markets and odds for 2021 and join in the March Madness!