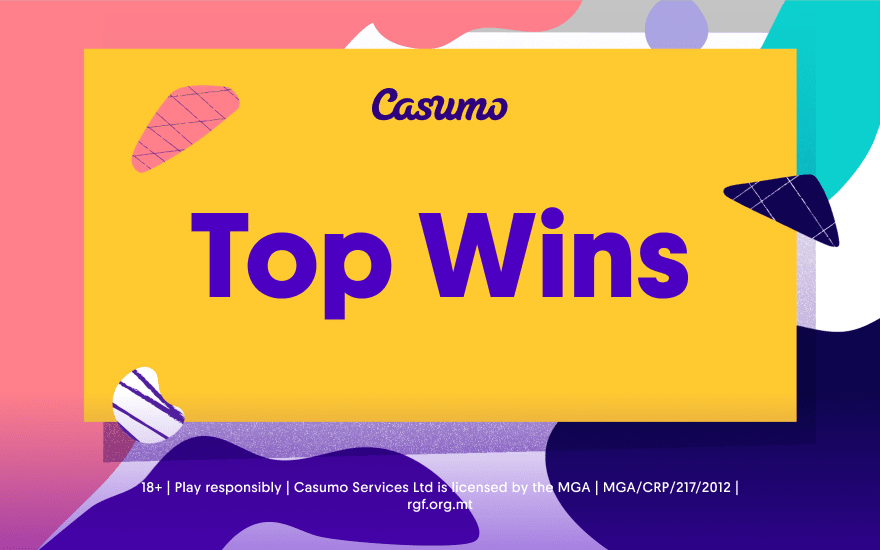 February is the shortest month but despite being the runt of the calendar, this underdog month packed a punch this year. What stands out most in February are quite a few juicy wins, with the sum of the top three wins x bet clearing 200,000 euros. Yes, February was generous. In fact, there were 13 wins equal to 10,000 x the wager, compared with an average of 9.5 over the previous six months.  We’ll get more into the nitty gritty of our top wins below.

Max Win on Fire in the Hole

There’s good reason to shout FIRE IN THE HOLE this month (and wouldn’t you agree that it’s always fun to have an excuse?) because one lucky person took the game to the limits, literally. Yep, a Finnish player managed to reach the max win of 60,000 x bet on an 80 cent spin. Check it out!

The largest cash prize went to a player on NoLimit City’s new loo-themed game Punk Toilet. Now, this is a game that’s bound to split our readership. Some of you are thinking, gross! While others of you are wondering how many rolls of toilet paper one can purchase with that much cash. Lucky for you, er, grungier, lot, we’ve done the research.

Of course, a lot comes down to if you’re a one-ply or two-ply kind of person. However, keeping in mind you’ve just won over 100 large, we’ll assume you’d spring for the good stuff. That being said, even if you go extra-plush, it’s hard to spend much more than $1.20 on a roll of toilet paper. Which would mean (drum roll please) the Punk Toilet winner can afford exactly 99,999 rolls.

Play Fire in the Hole

Like we said above, the cash made a splash in February. Below we have some more impressive win amounts on games from Spicy Meatballs, Gonzo’s Quest Megaways, and once again, Punk Toilet.

With a prize of nearly 32k, it’s impossible to resist saying it. Mama mia, that’s a spicy meatball!

At Casumo, our slot accountants are busy keeping track of how many games pay out wins over 2,000 x bet each month. Two of these Top Slots are the same as last month: Gigantoonz and Wanted: Dead or Alive. Let’s take a closer look at these two games for those who aren’t yet familiar with these popular slots. 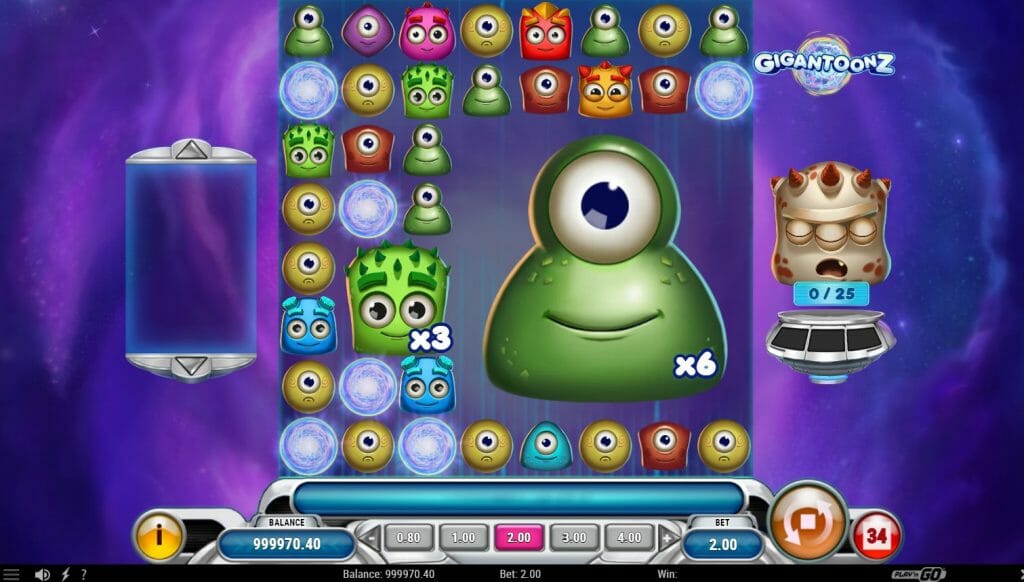 The much anticipated installment of the Reactoonz series has not disappointed! Gigantoonz was released at the very end of January, and it didn’t waste any time getting down to business with some nice wins right off the bat. In February, it rose to the number one spot on our Top Slots list with 16 big wins in February. Read more about its features, including Quantum Wilds and a Gargantoonz modifier, on our blog. 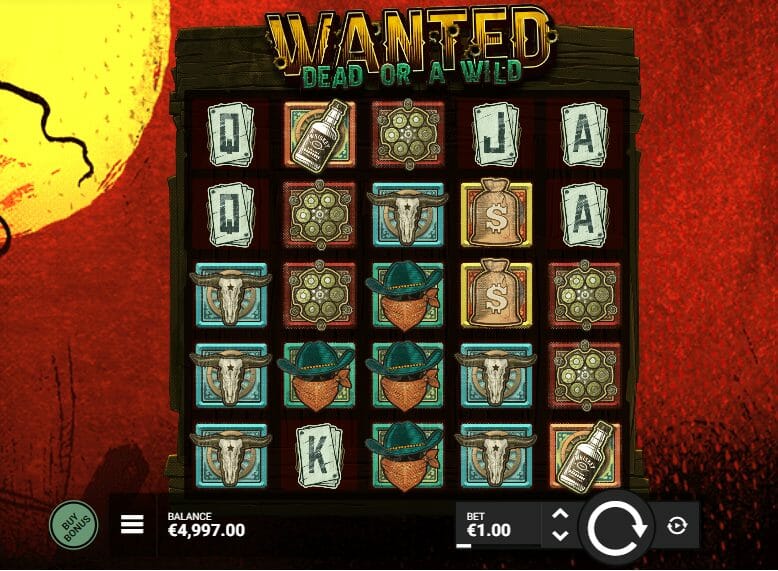 Another repeat from January, this Western slot is responsible for a total of 15 of February’s top wins per bet. It’s a haunting cinematic interpretation of the Wild West featuring burlap sacks of cash and bandana-masked outlaws set against a barren wasteland. The Duel at Dawn feature includes animated cowboys dueling on expanding multipliers, and The Great Train Robbery feature awards 10 bonus spins with sticky wilds.

Fire in the Hole – NoLimit City 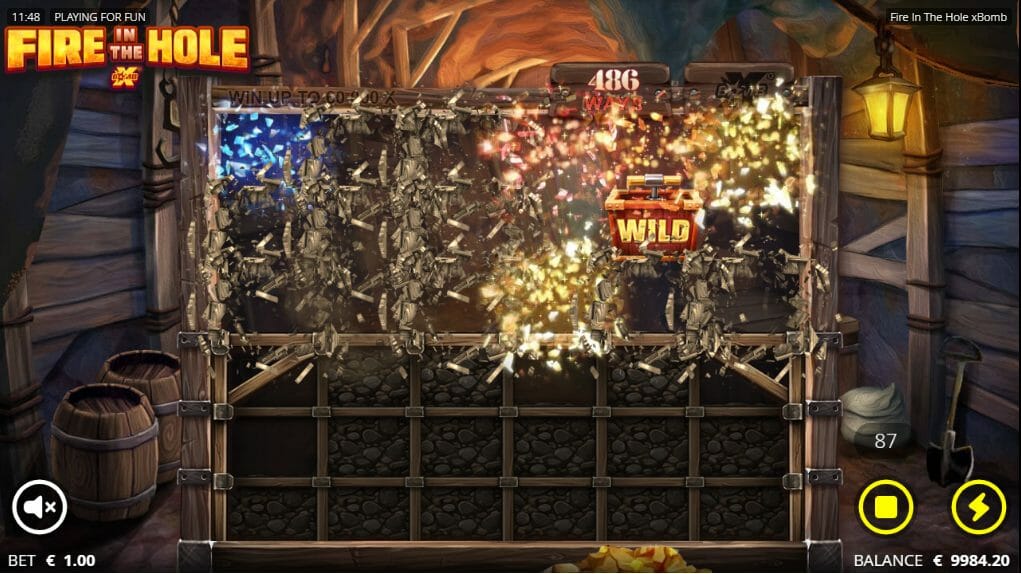 This mining-themed slot with up to 46,656 ways to win sets itself apart with its impressive max win of 60,000 x. We’re super duper thrilled that a Casumo player landed a 60,000 x win and maxed out Fire in the Hole on an 80 cent spin that earned a total win of €48,000. Even though it didn’t have as many top wins this month as the two games above, we still thought it was worth highlighting given the latest news. Fire in the Hole is chockablock full of innovativel features like xBomb Wild Explosions detonating adjacent symbols with multiplier bombs and Lucky Wagons Spins feature with modifier-boosted streak respins.

Play Fire in the Hole

Just like last month, Sweet Bonanza came in first place on the jackpot front, dropping 1240 — even more than in January. This time, it wasn’t even close: next in line was Gates of Olympus with 595 jackpots and Sahara Riches Cash Collect with 570.

In total, Casumo exclusive jackpots dropped over 250,000 euro last month. In Sahara Riches terms, that’s enough to get you five racing camels. Yep, just five, but it’s a good investment when you consider that winning camels can bring home millions in prize money. At 20-25 km per hour, camels are almost as fast as horses and have more stamina! Maybe in the future, Casumo will add camel racing to our Sportsbook.

As we said at the top, February had an above-average number of big wins. With games like Gigantoonz spitting out plenty of prizes and Fire in the Hole with it’s large max wins, there’s no reason to think the fun will stop in February. Stay tuned for the March Top Wins next month! In the meantime, keep an eye on our social media channels for the biggest wins of the week, every week.